Another Big Month For The Silver Price?

Precious metals investors are wondering if the Silver Rally will continue in September.  After the silver price reached nearly $30 in August, it has been consolidating lower over the past few weeks.  However, silver tried to surpass the $29 level but fell last week along with the broader markets.  So, the trend for silver in September may rely upon the broader markets.

I discussed this in my newest YouTube video update, Another Big Month For The Silver Price?  In the video, I explain some of the forces that will impact the silver price in September.

Furthermore, the $26 level on silver’s weekly chart is a significant support level going back ten years.  As you can see, once silver broke above the $26 level in late 2010, it remained above it until 2013. 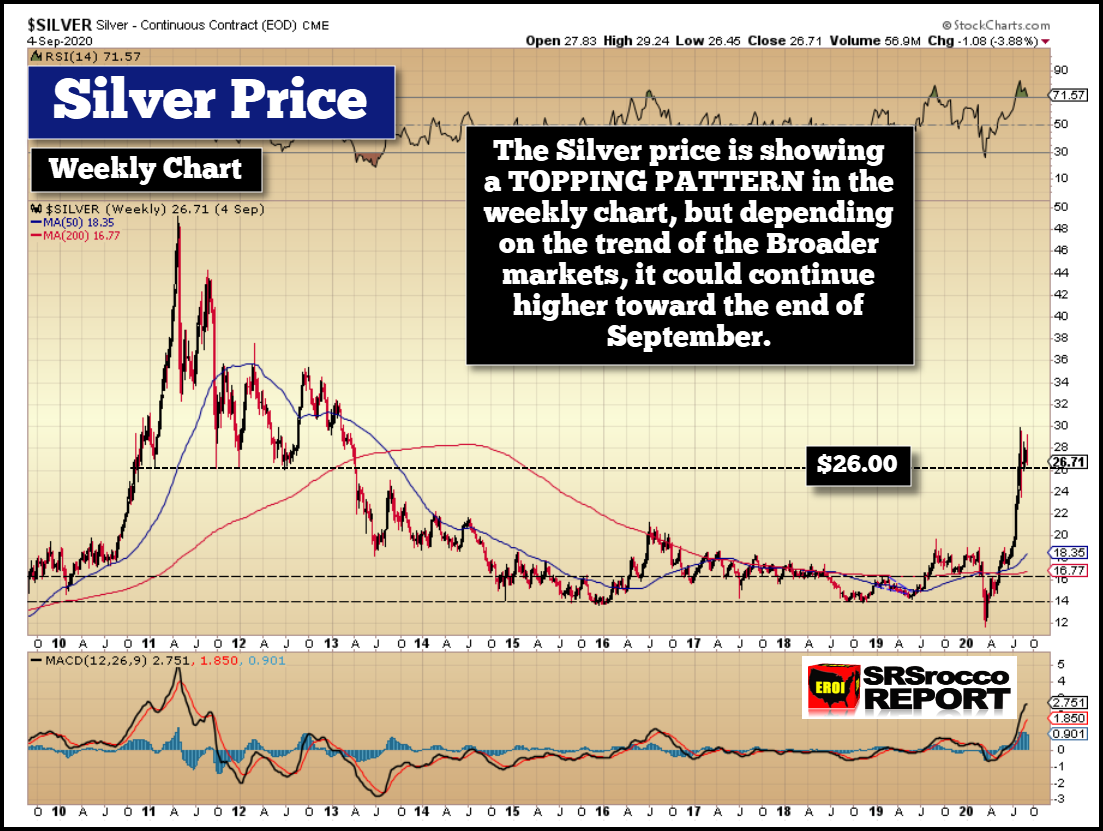 If you have not seen this article, it’s worth a read as Peru’s silver production declined in July, suggesting that the virus is still impacting the mining industry in the country.

With Peru’s silver production declining in July, this could cause more issues in the silver market as investors continue to move into the shiny metal.

Gold Seeker Issue #69 ~ This Week In Mining: An Absolute Bloodbath in Reaction To The FOMC

Calling All 'fundamental' and 'technical' Analysts: What Just Happened to Gold?