Demand for Physical Bullion Surges – Will It Break Paper Markets?

Last year felt like a pivot point in U.S. history. The pandemic and election left the nation ideologically divided.

There seem to be only three resolutions going forward.

America will face an increasingly authoritarian federal government ruling over a largely apathetic populace, the nation will splinter, or leadership will emerge which is somehow capable of bridging the ideological divide between the American left and the right.

Gold bugs aren’t betting on bridges being built any time soon. Demand for physical metal ratcheted up to a new all-time high in January.

As investors take stock of markets under a Biden presidency, they will find some drivers remain the same.

The Federal Reserve has been inflating financial assets since the central bankers went berserk last March. They pumped trillions into the debt markets via Wall Street banks and cut interest rates back to zero.

The financial markets have been riding high on that massive wave of stimulus since then. However, it is only a matter of time before the stimulus wears off. Central bankers claim they are trying to goose the real economy.

Those claims are ringing hollow. The stimulus has produced no lasting economic strength.

What we have is lots of inflation, concentrated heavily in the financial markets and real estate. The Federal Reserve must continually go ‘bigger” just to keep air in those bubbles.

Americans can also expect more of the same from Congress. Biden already asked for nearly $2 trillion in stimulus. Whatever he gets will just be a down payment, as Congress works again and again to increase spending and grow government. 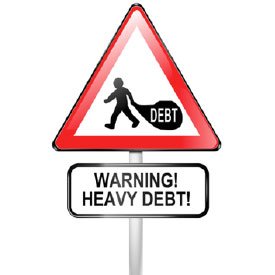 The Democrats who now control both the House and Senate won’t be impeded by calls for fiscal restraint. The unpayable federal debt could easily exceed $40 trillion before the next presidential election in 2024.

Metals investors should avoid the rigged casino otherwise known as the futures market. They will not get a fair shake. Gold and silver price discovery will continue to be a sham much of the time.

Given the failure of regulators and the Department of Justice to rein in the crooked banks, gold bugs are going to have to wait for a market solution.

The good news is that may not be too far off.

Last year we finally found the point at which physical demand for metals constrains the bullion banks’ ability to sell paper gold and silver. Premiums for the large bars used to deliver against futures contracts rose sharply last Spring.

There were cries of jubilation in the metals trading bullpens as prices crashed in March. Bankers could see huge profits coming on their concentrated short positions.

Those cries turned to agony, however, when bankers discovered too many contract holders were unwilling to take their beating and instead chose to take delivery of the actual bars. The bullion banks lost hundreds of millions of dollars in the scramble to come up with enough physical metal to meet those unexpected obligations.

We have yet to see large bar premiums start rising in response to the current crush of demand. But requests for delivery remain near record levels.

Given confidence is the fuel that powers the phony USD/Wall Street/Government power and enrichment racket, we may not be as far as many think from those tanks running empty.

It isn’t at all hard to imagine a shock which, for example, prompts investors to abandon the paper futures markets and demand physical metal instead.