On silver’s latest 6-month chart we can see how the gap breakout out of the small Falling Wedge downtrend over a week ago did not lead to follow through, and instead the price has moved to complete the Right Shoulder of the now clearly discernable Head-and-Shoulders top that has been forming since the beginning of August. It should now descend to the “neckline” of the pattern before proceeding to break down below it and drop into the broad band of support shown as the dollar index ascends to its target in the 97 area, where silver should bottom out and turn up again as the dollar reverses to the downside having hit its target. 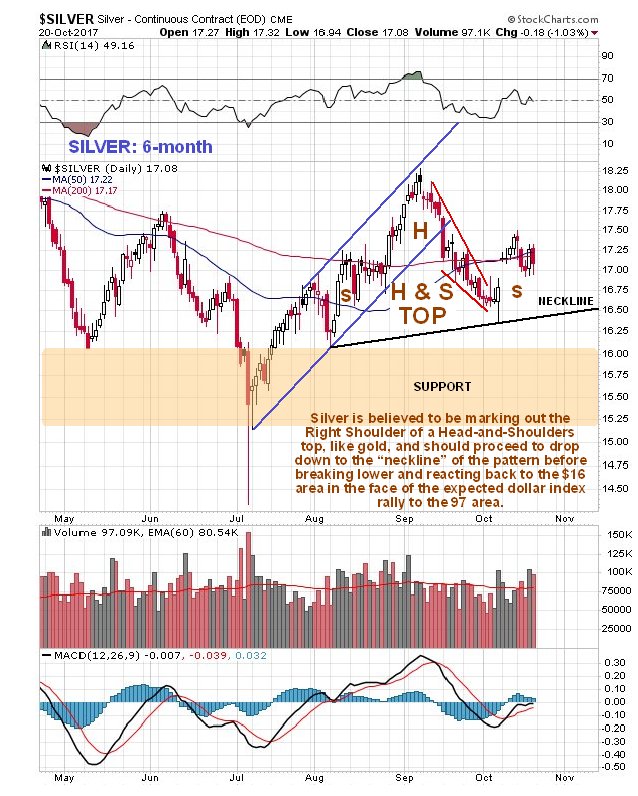 Although silver’s recent COT charts cannot be described as bullish, they have looked better than those for gold, but this past week, unlike gold’s, they took a turn for the worse. There is plenty of room for improvement here, which will be occasioned by silver breaking lower and dropping to the $16 area on a dollar rally. 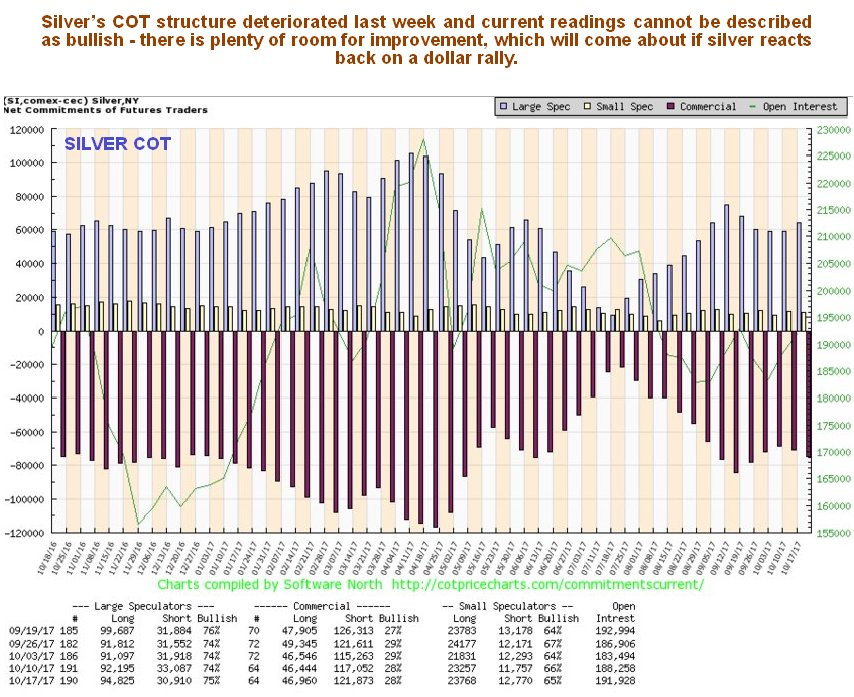 Like gold, silver is marking out a giant Head-and-Shoulders bottom pattern, but in silver’s case it is downsloping as we can see on its 8-year chart below, which reflects the fact that silver tends to underperform gold at the end of sector bearmarkets and during the early stages of sector bullmarkets. Prolonged underperformance by silver is therefore a sign of a bottom. This chart really does show how unloved silver is right now, but although the price has drifted slightly lower over the past several years, volume indicators have improved, especially this year, a positive sign. A break above the neckline of the pattern, the black line, will be a positive development, and more so a break above the band of resistance approaching the 2016 highs. Once it gets above this it will have to contend with a quite strong zone of resistance roughly between $26 and $28. Over the short to medium-term, however, as discussed above, silver is likely to first react back to the $16 area on a dollar rally. 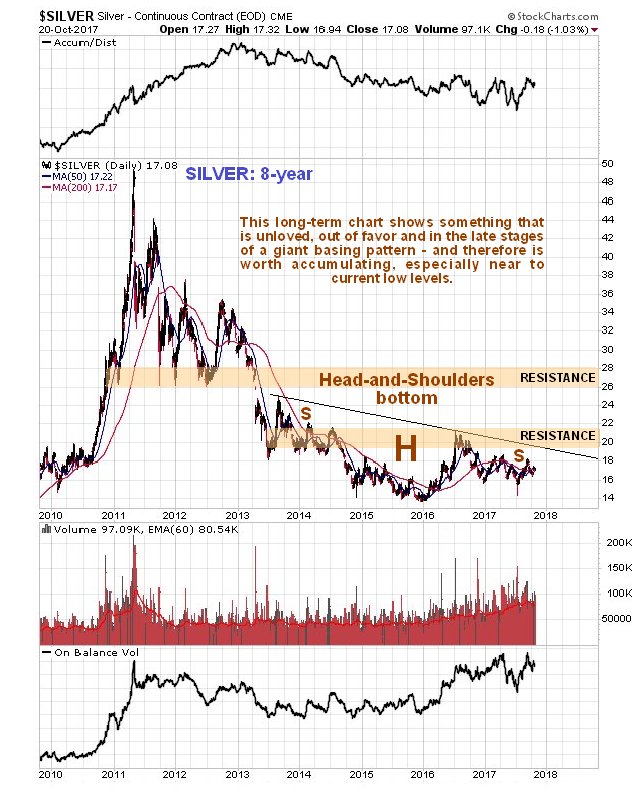