Visualized: The Silver Mining Journey from Ore to More

The Silver Mining Journey From Ore to More

Silver has been a monetary metal and used in jewelry for thousands of years, but today, silver is powering the green energy transition and new tech innovation. With the greatest electrical conductivity of all metals, silver is used in electrical contacts and circuit boards, along with solar panels, electric vehicles, and 5G devices.

Behind the large collection of silver-dependent products and technologies is an active mining industry that must supply the necessary metal. So how exactly is the silver mined and produced? 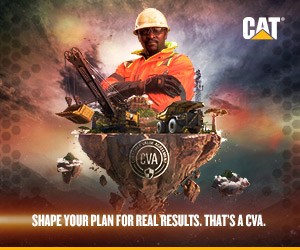 This graphic from our sponsor Silver X walks us through how we mine and refine silver along with the growing demand for the metal which will fuel the economy of the future.

Getting Silver Out of the Ground

Like many other metals, silver is found in the Earth’s crust and primarily mined using heavy machinery and explosives.

Once a silver-bearing ore body has been identified and can be mined at a reasonable cost, the mining method is chosen depending on the nature of the ore body along with other factors like location and infrastructure:

While in open pit mining a huge volume of land is displaced across a large surface area, it is typically safer overall compared to underground mines.

Despite their differences, both methods ultimately use explosives to break up chunks of ore into easily transportable pieces that are then brought to crushing facilities for the next step.

Once the ore has been mined and transported out of the mine, it goes through a variety of crushers which break down the ore into small chunks. The chunks of silver ore are crushed and ground into a fine powder, allowing for the separation process to begin.

There are two primary methods of silver separation, and both involve mixing the silver ore powder with water to form a slurry.

In the tank leaching and Merill-Crowe process, cyanide is added to the slurry to ensure the silver dissolves into the solution. Then, solids are filtered out in a settling tank, with the silver solution deaerated before zinc powder is added. The solution then passes through a set of filter plates and presses which collect the zinc and silver precipitate which is dried off.

Processing and Refining to Pure Silver

Once the silver ore has been largely broken down and separated from much of the waste rock, the silver must be completely extracted from the remaining metals. Typically, two different processes are used depending on the other metal that must be separated from.

In 2020, 784.4 million ounces of silver were mined across the world according to Metals Focus. While production is forecasted to increase by ~8% to reach 848.5 million ounces in 2021, it’s still greatly outpaced by growing demand for silver.

Whether driven by investors or industries, silver is in high demand as the world shifts to newer and greener technologies. The process of silver mining, extraction, and refining will continue to play a pivotal role in supplying the world with the silver it needs.

(This article first appeared in the Visual Capitalist Elements)

Visual Capitalist is one of the fastest growing online publishers globally, focused on topics including markets, technology, energy and the global economy. 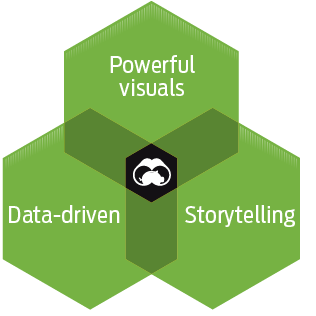 By highlighting the bigger picture through data-driven visuals, we stay true to our mission to help cut through the clutter and simplify a complex world.