Can the Silver Bugs Alter the Macro?

As to the post’s title, they sure are trying. Despite doubts that the stodgy old likes of me may have.

But for two days at least dem bugz is successfully battlin’ dem boyz on da COMEX. The result is that the Silver/Gold ratio (weekly futures chart) has been rammed to a new high for the post-crash move. If we back completely away from the #silversqueeze punchbowl, this is an indicator guiding the way for forward inflation. 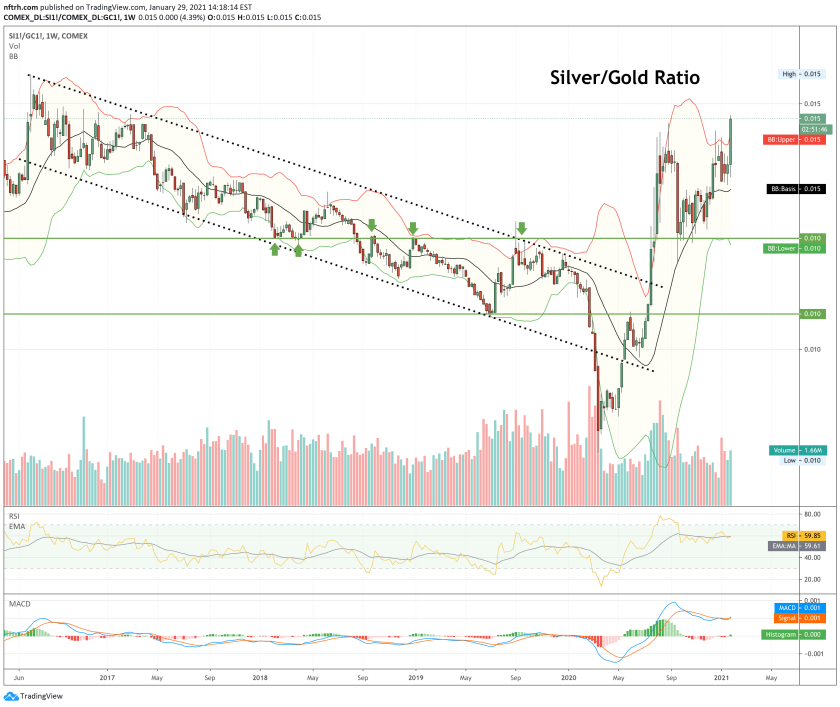 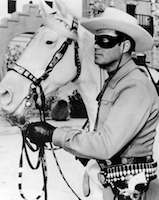 So again, can the silver bugs alter the macro? Are the silver bugs altering the macro or is silver just doing what it has been technically capable of doing all along? Since well before #silversqueeze (a ‘me too!’ operation to the famous Reddit plays of late) was promoted by its originator, gold had been trending down vs. silver.

A rising Gold/Silver ratio (GSR) along with a rising US dollar, AKA the 2 Riders of the Apocalypse, would liquidate the macro if they were to ride hard enough. But until two days ago all that the GSR and USD had managed were similar looking potential bounce patterns. Ref. What Thing Looks Like the Other Thing? 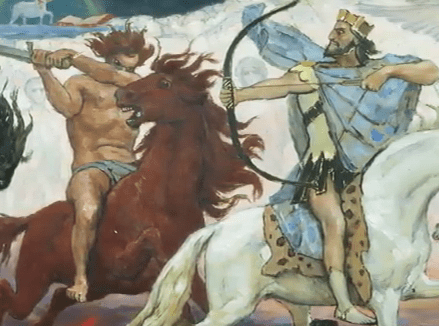 Using GLD/SLV for the Gold/Silver ratio we can see that the move in silver has wrecked the pattern while USD (UUP fund, lower panel) continues along in its pattern. Either the silver bugs are going to succeed and lead the charge to the next inflationary phase after this week’s expected disturbance…

…or the bugs will fail, USD will hold its pattern, the Gold/Silver ratio will snap back and maybe this event, this whacky and exciting event, would be looked back upon as the the final play, the trigger, to renewed market liquidity issues (a polite way of saying deflation scare). 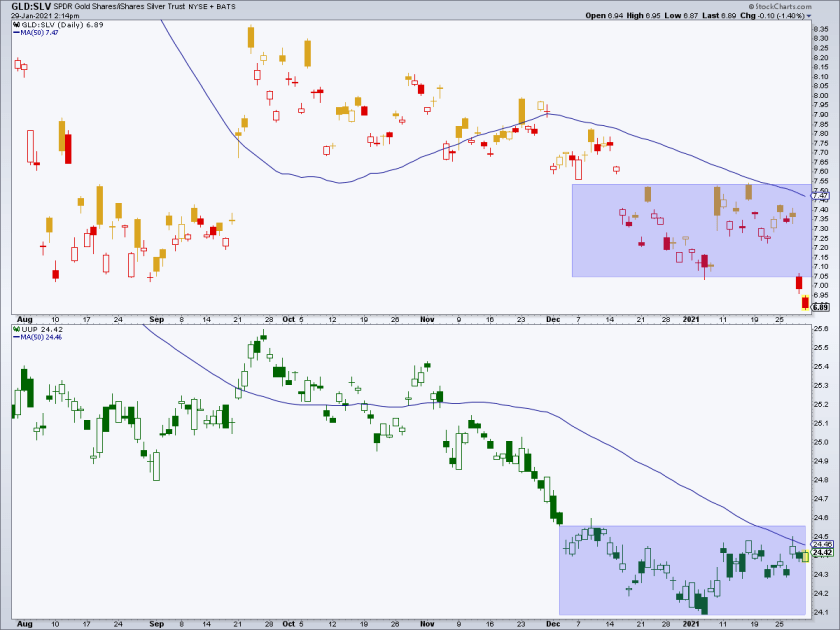 At this time my work says forward inflation will resume. To confirm or alter that we’ll continue doing the weekly work necessary in NFTRH, with this weekend’s edition (#640) due to be another more conversational one that gets right to the various points on the macro markets and the inflationary operations driving them. NFTRH 637 noted above, was the most recent report in that format.

So sure, my work has been indicating a pause here, not the end of the inflation. But the silver bugs have gotten involved and muddied up the works a bit. As with other areas of the markets (e.g. the Reddit uprising) there are wildcards in play here and I for one am making no assumptions about how it will play out. The ongoing analysis factoring incoming inputs and indicators will tell the story just fine.

What a week. Have a nice weekend.

For “best of breed” top down analysis of all major markets, subscribe to NFTRH Premium, which includes an in-depth weekly market report, detailed interim market updates and NFTRH+ dynamic updates and chart/trade setup ideas. You can also keep up to date with actionable public content at NFTRH.com by using the email form on the right sidebar. Follow via Twitter @NFTRHgt.