US Dollar on Plan, Attended by the Gold/Silver Ratio

I do not make predictions because I do not pretend to be a guru.* But NFTRH has been tracking what has been an uptrend in the US dollar for all of 2021, keeping us well aware of the potentials being realized from late summer into the fall. A higher low was made in May and now a higher high, completing an Inverted Head & Shoulders pattern that we’ve been projecting since USD put in the theoretical right side shoulder last spring.

Until recently it was a projection. Now it is active after testing the (dashed) neckline, holding the (blue) 50 day average and busting to a new high for the cycle. Simple, no predictions but a heck of a lot of attention and respect for the process.

You can see the three targets we’ve had laid out for the world’s reserve currency, which has logically caused market stress of late. It’s as simple as ‘you live (pump markets) by devaluing the currency, you die (markets correct) when it rebels. Now if the rebellion does not become something more than moderate and should end at target #1, we’ll probably go back to our regularly scheduled programming of pervasive inflation problems on the macro.

As you can see, the three targets are Fibonacci retrace levels. All doable depending on how aggressively risk goes off and man and machine seek liquidity (as opposed to market speculation) in the near-term. Of note, the pattern itself has a theoretical measured target of 97. Again, not a prediction but now that the pattern is active, a viable objective. 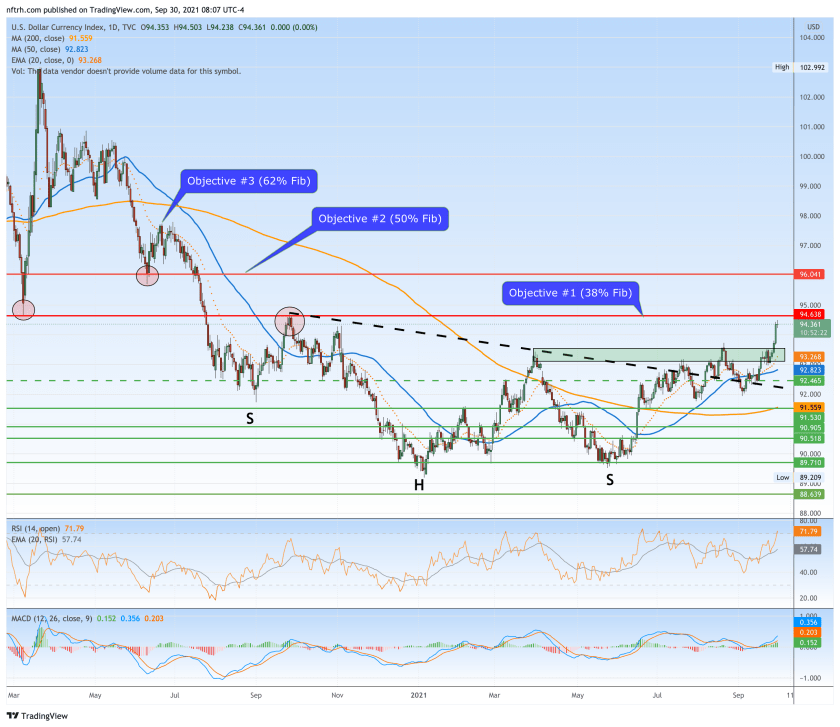 And speaking of liquidity, the issue is compounded when USD’s fellow Horseman (of the Apocalypse) is riding along side. 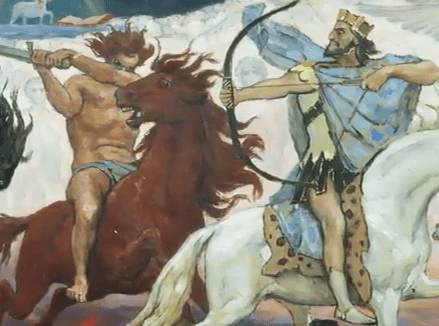 The Gold/Silver ratio (GSR) has been in an uptrend of its own in 2021. When they ride together the implication is a weakening liquidity spigot for the markets. The rallies got going as we projected a cool down in the inflation trades back in the spring and to this moment they persist. Silver has more cyclical and inflation-sensitive characteristics than gold and hence, the interplay between the two is an early warning system about the forward state of the macro from an inflationary/deflationary standpoint and all points in between (hello Goldilocks).

Gold/Silver rising means market liquidity pressure. Silver/Gold rising means cyclical inflationary pressure rising. The process has been in play for months now and it may be culminating, with the next phase of inflation at the ready to morph Stagflationary. But until USD and GSR abort their uptrends the global macro is not out of the woods. 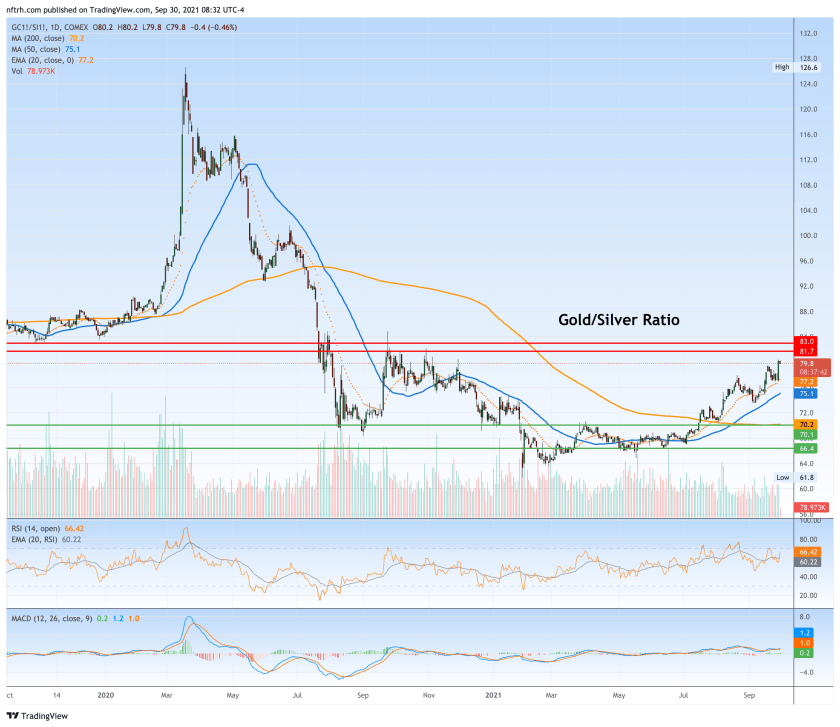 It’s a classic play, here in spooky season (September into October-November) to see the herds scatter due to fears of liquidity loss. But then comes what’s next, and it will not be what the herds think in the short-term. They’ll be too busy doing what they think is right, which is rushing for safety; rushing for liquidity; rushing for US dollars (the better part of a year after the rally actually began)! But the herd is the herd for a reason, eh?

As a hint, watch silver. We have our downside targets amid what is becoming a positive contrary sentiment (and CoT) backdrop for gold’s wild little brother. Nothing is predictable, but it sure is manageable and thus far that management is guiding us correctly. Why, even the Fed is playing ball in its newly donned hawk suit. At pivotal times in markets it pays to watch your assumptions and to think ahead. For example, as pertains to the Fed (and Yellen in the side car)…

* Plenty of people pretend to be gurus, but there actually is no such thing. There are hard and forthright workers and there are big marketing machines (cough cough, Casey… cough cough, Dent… cough cough, Stansberry… cough, cough, a multitude of others…).

Now offering a 2 week free trial to the NFTRH Premium service with no obligation whatsoever. Sign up by PayPal, enjoy 2 free weeks of on-point market management and if it is not for you, cancel at any time with no further obligation. When you find that it is for you, stay on for as long as you like and let’s manage and take advantage in a cold and rational way as we head toward 2022 and its new macro challenges. 1st time subscribers only please.

For “best of breed” top down analysis of all major markets, subscribe to NFTRH Premium, which includes an in-depth weekly market report, detailed market updates and NFTRH+ dynamic updates and chart/trade setup ideas. Subscribe by PayPal or credit card using a button on the right sidebar (if using a mobile device you may need to scroll down). Keep up to date with actionable public content at NFTRH.com by using the email form on the right sidebar. Follow via Twitter @NFTRHgt.