In Honor Of Silver's Epochal Breakout...

The purpose of this update is to celebrate and mark silver’s powerful breakout from a giant base pattern that started to form as far back as 2013 – 2014, a breakout which has only happened during the past 2 days, yesterday and today, with today’s advance finally seeing it break clear above the resistance at the upper limits of the base pattern. While this doesn’t mean it can’t drop back again it makes it less likely, and even if it does it is likely to soon turn up again.

Quite clearly, when you are only 2 days into a bullmarket that is starting after the completion of a 6-year long base pattern, the probabilities are very high that it has much further to go, both in respect to time and magnitude of advance.

Today’s breakout may very well have been triggered by the bellicose actions of the US with respect to China in closing its embassy or whatever it is in Houston, which is a continuation of an increasingly hostile attitude to China, based on the US attempt to tear down what it views as its main rival for global dominance. Now, with its economy getting ever closer to imploding completely, the US is looking to direct the mounting anger and frustration of its population towards a manufactured external enemy, which is what politicians always seek to do when their backs are against the wall. Today’s action was another step on the road to a major war, which is a normal consequence of economic depression. In addition to that we had the ludicrous and laughable assertion that Russia has been trying to hack coronavirus research secrets, which is just another irrelevant distraction.

Regardless of what actually triggered the breakout it was a valid and powerful breakout as we can see on the charts set out below…. 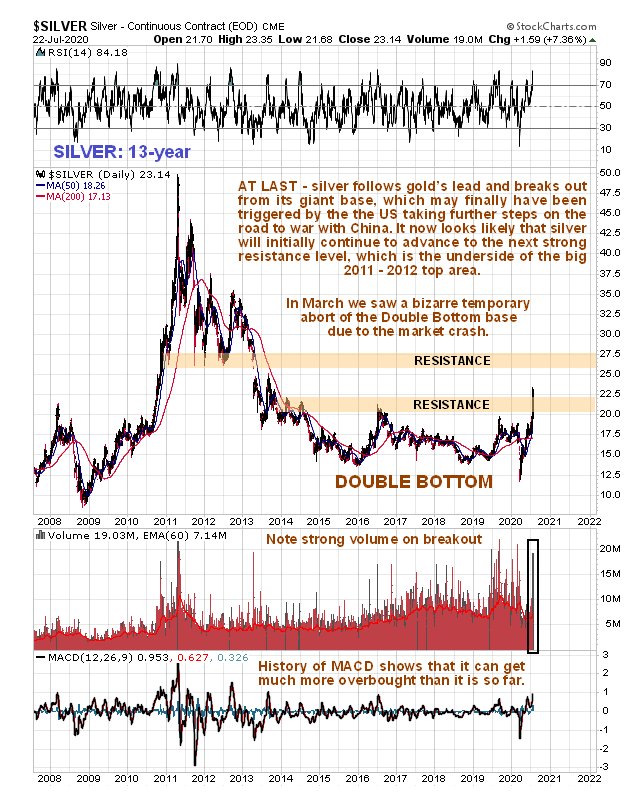 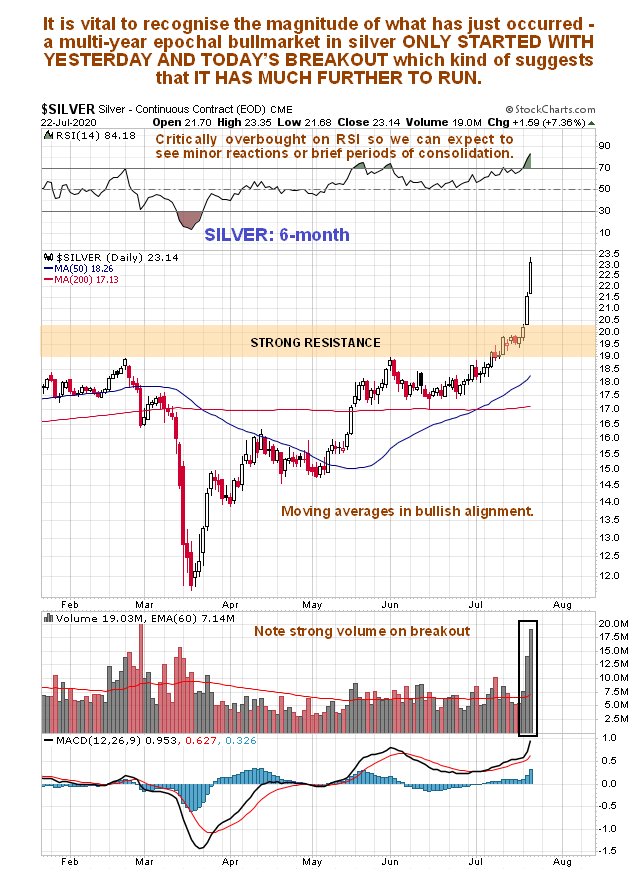 Not surprisingly, the effect of silver’s breakout on all things silver was electrifying, with a good example being shown below, Kooteney Silver, which is a silver stock we went for back in May because its charts looked so strong, and which is already up 50%. 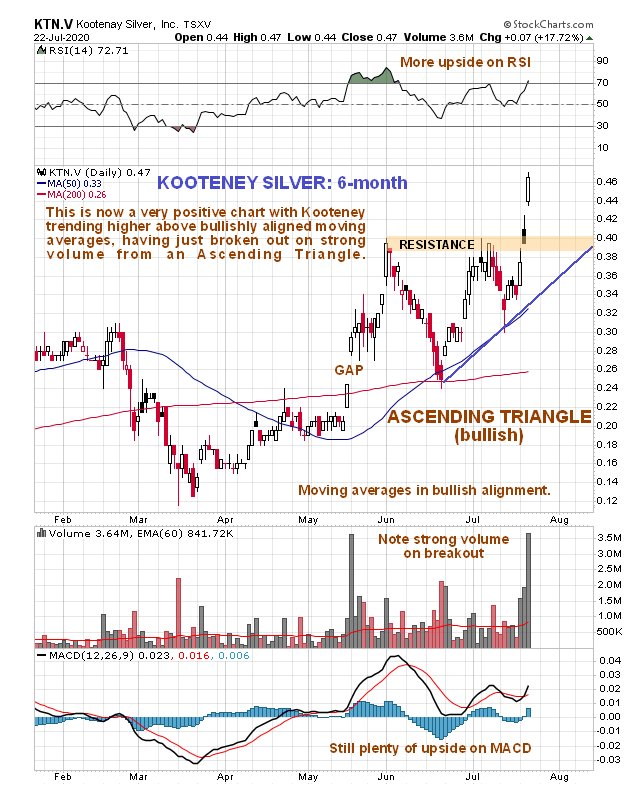 With the prospect of hyperinflation in the not too distant future due to relentless and increasingly desperate and extreme money printing by Central Banks, the prospects for silver and silver investments have never been brighter as one thing we can look forward to is the biggest silver bullmarket in history by far.

This is a very good juncture at which to watch Mike Maloney’s interesting and insightful new video on silver entitled Silver Soars – Where To Next?