I thought Silver Eagle sales might slow a bit during the last few months of the year, but it seems as if demand for the official coin continues to be very strong.  In my last update, I reported that the U.S. Mint sold a total of 3,397,000 Silver Eagles in October.  However, with the most recent update on the U.S. Mint website, 1,6530,000 Silver Eagles were sold as of November 3rd. 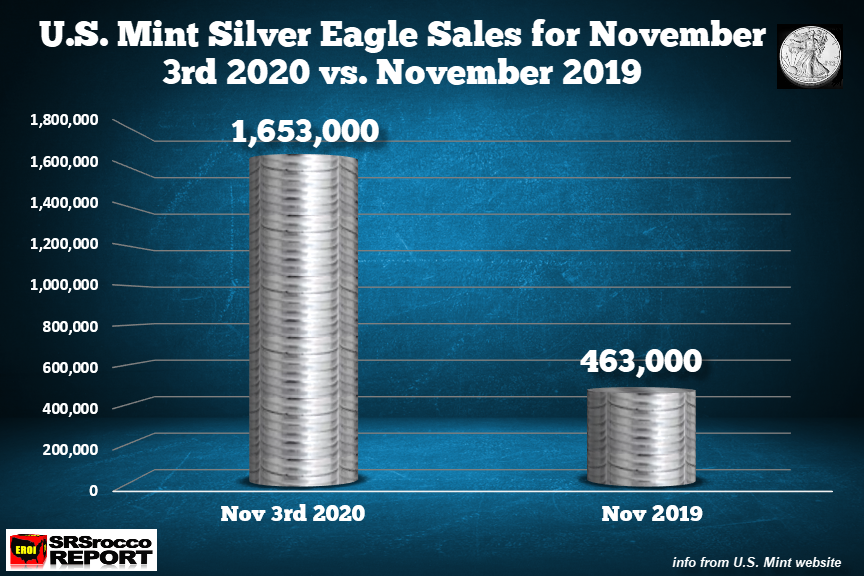 This is quite an impressive figure for the first few days of November as it is already 50% of the sales compared to the total sold last month.  Furthermore, we can see how many more Silver Eagles have been sold in November compared to last year. 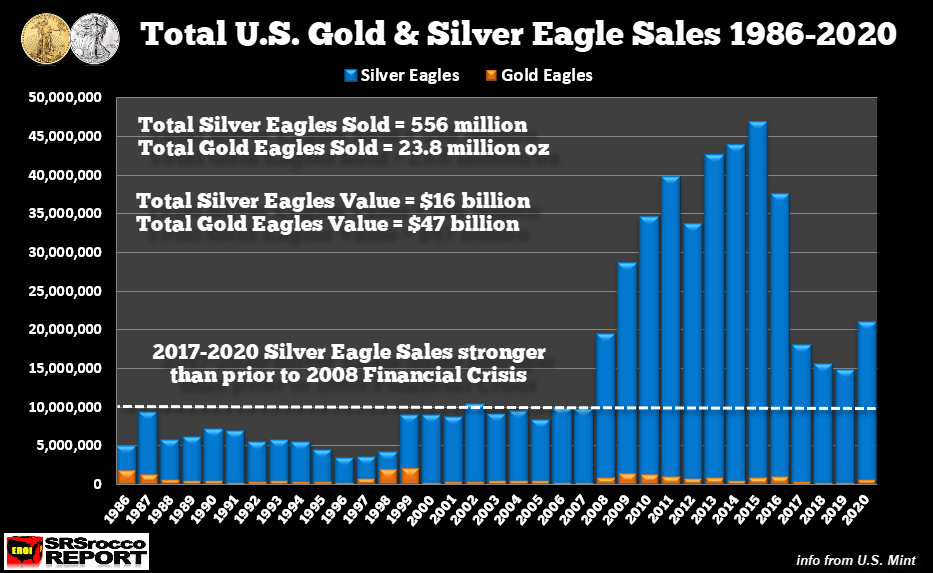 The chart above shows the total for 2020 as of September.  It’s now past the 25 million level.  The last time the U.S. Mint sold over 30 million Silver Eagles was back in 2016.  If the economic and financial situation continues to deteriorate for the rest of the year and into 2021, we could see record demand return for the Silver Eagle.

I will be watching the Presidential Election results and will provide a new Silver Member update tomorrow.