Commentaries
Silver Is Close To Something Big
Market Updates
Hard Cross Currents in the Precious Metals Markets
Commentaries
Ahead of March COMEX Silver Deliveriest
Commentaries
History of the Silver State: Nevada and its Silver Districts
Market Updates
Is the paper silver market starting to unravel? 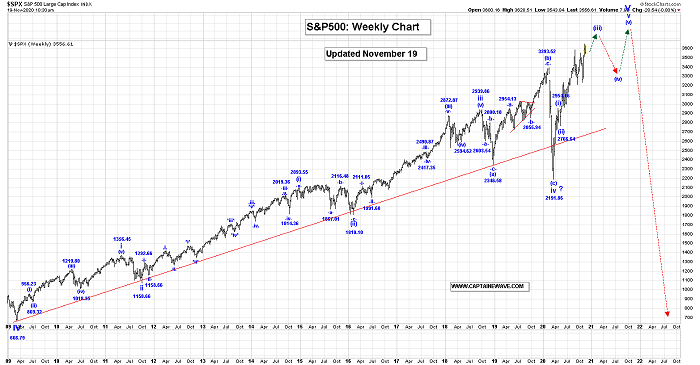 Our current high for wave .v is 3545.99, which is a bit short of our projected endpoint for all of wave -iii- which is:

We are thinking that all of wave -iii- may be complete at the 3645.99 high and if that is the case then we are now starting to fall in wave -iv-.

We will provide those levels when we believe that all of wave -iii- is complete.

In the longer term our initial projected end point for all of wave (iii) is: 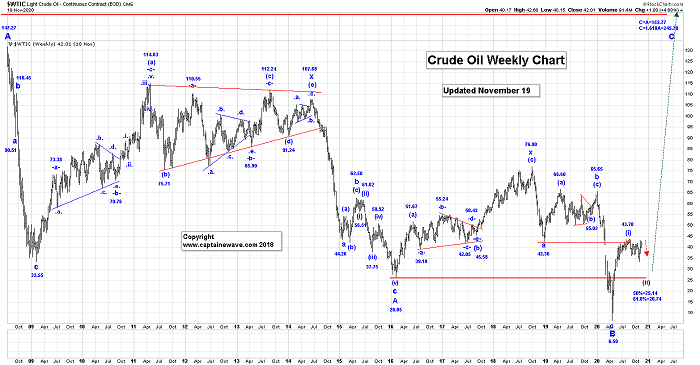 Wave (i) is now complete at the 43.78 high and we are now falling in wave (ii), which still has the following retracement levels:

We expect a 3wave corrective pattern within wave (ii).

We should now be dropping in wave $c$ to complete the 3wave correction. The other option is that we are still working on our wave $a$ drop.

There is an outside chance that all of wave (ii) is complete at the 36.13 low, and if that is the case then crude is now moving sharply higher, although more Covid19 lockdowns make this option unlikely.

In the long term, we are rallying in wave C that has the following projections:

Active Positions: Long, with puts as our stop! 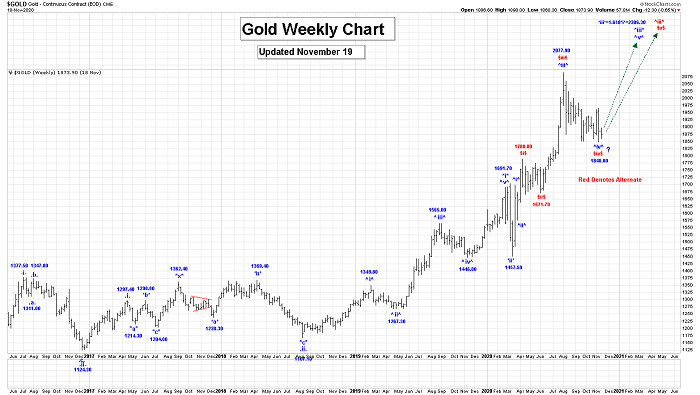 Wave ^iv^ has become more complex, although it could be complete at the 1848.00 low.

Wave ^iv^ looks to be a double 3 wave corrective pattern.

We are waiting for confirmation that it is complete at the 1848.00 low.

After wave ^iv^ ends we expect a sharp rally higher in wave ^v^ of *iii*, which has the following initial projected endpoint:

We do have higher projections also.

Active Positions: Long, with puts as our stop! 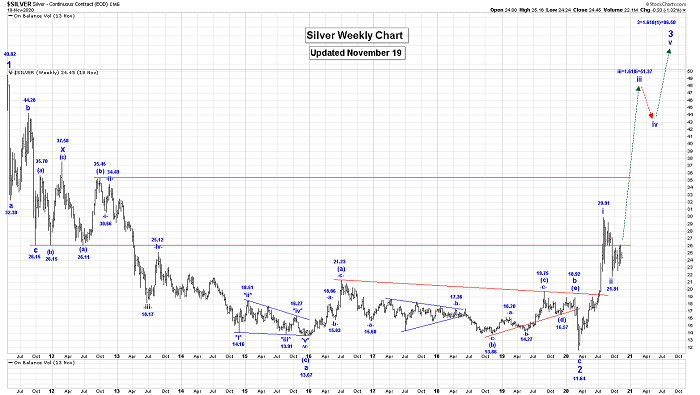 Silver is arguably more impressive than gold right now.  It has the potential for incredible gains in the year ahead.

We believe that all of wave ii of 3 is complete at the 21.81 low and we are starting wave iii.

Our initial projection for the end of wave iii is:

Longer term our initial projection for the end of wave 3 is:

Engineered for excellence, the focus of this site is to provide practical Elliot Wave analysis of major asset classes for investors in the gold community.

A trading service is also here, to trade the short term swings.   All the ewave analysis is performed by a professional engineer who consults to a major energy company.

All site postings and emails are edited professionally.

The wave counts and the trades come from the man himself, Captain Ewave.  The Captain is Gary Kalynchuk, son of a hardworking postman and family man.  He's a dedicated family man himself, (see the picture above with him fighting a bush fire in his neigbourhood with his two sons).  Gary is also a professional engineer who self-built a massive 400 employee engineering company, and did it right from scratch.

He now sits on the board of many public companies.  Not surprisingly, the Captain's greatest passion is performing Elliot Wave Analysis that makes his subscribers money with winning calls!   The Captain takes the main trades himself, because they make money.  It's not just theoretical Ewave analysis taking place here.  The focus is making money and making it consistently, featuring pro-style risk management.

There's always a big difference between predicting the market's direction and making money in that market, and the Captain does what it takes to score.