Silver Now In Line To Hammer The US Dollar?

It is still all about US dollar Meltdown. All the assets that act as a safehaven from US dollar meltdown are taking their turn to hammer the US Dollar.

Silver has been lagging assets like gold and Bitcoin from a short and long-term perspective. Silver is still way below its 1980 all-time high, as well as its 2011 high.

When it is the time for silver to run, then you should know that trouble is about to get real (especially when $50 is surpassed). It was the start of this massive fraud when silver was demonetized , and it is soon to be the end of it, when silver will re-emerge as one of the most significant monetary assets.

The fact that silver is still way below its all-time high means that the worst is yet to come for the world economy, and for the world in general.

Bitcoin has been hammering the US dollar since the last quarter of 2020, rising from around $12 000 to a high of about $41 000. I previously pointed out how silver and Bitcoin are following each other in this takedown of the US Dollar.

Bitcoins seems to have followed the path (following silver) as expected, and the baton has likely been handed to silver.

Silver is now on the verge of an important breakout, which will likely follow what Bitcoin has been doing since the last quarter of 2020: 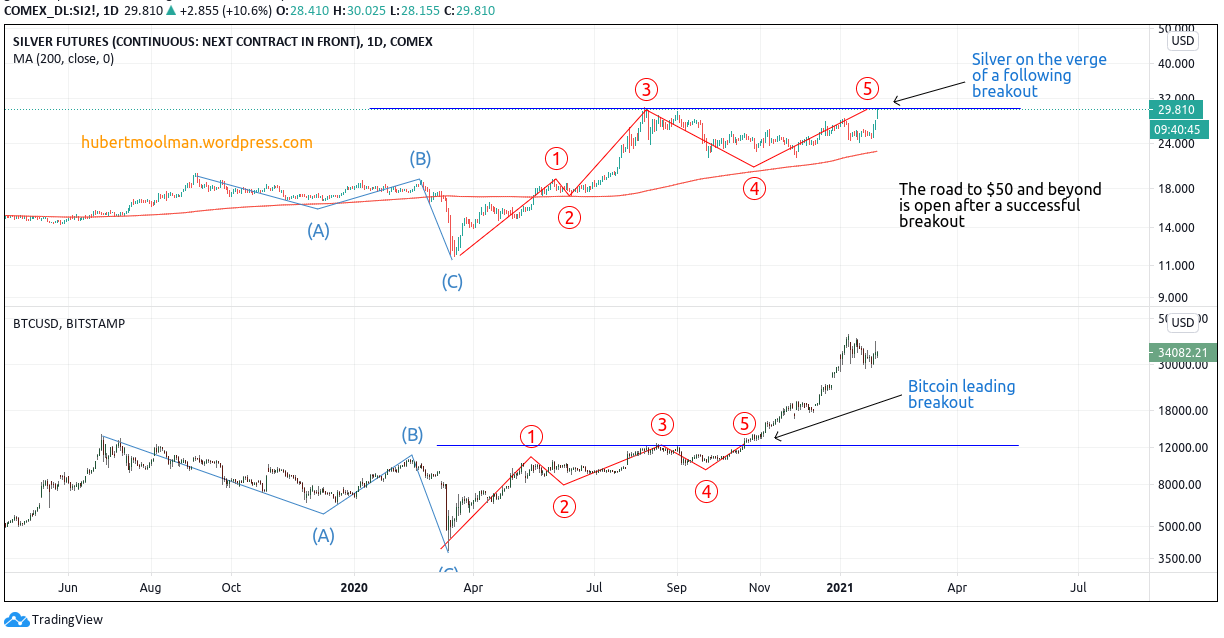 I have marked similar patterns (1 to 5) on both charts to show how they could be similar. Bitcoin has already exceeded its point 3 high.

Silver is still lagging below the recent high (point 3 high) and will eventually follow Bitcoin higher than point 3 in this comparison.

Silver is now on the verge of going higher than the point 3 high. It is where Bitcoin was at the end of October 2020, with a substantial rally straight ahead.

Again this similar behaviour of the two charts are due to the US Dollar being the common factor. The US Dollar sets the tone (tune) and silver and Bitcoin act like two voices on the same tune.

Conditions are much like 1973 after the Nixon inauguration (see chart below), where silver and gold had a great year, but the Dow tanked. More on this another time.

The big picture is still in play: 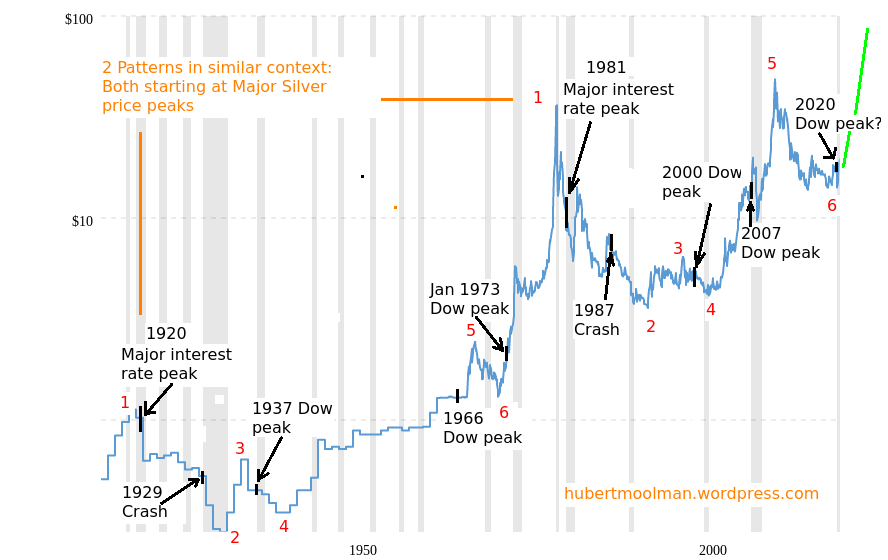