Future Silver Supply Will Be More Vulnerable Than Other Metals

There has been a lot of discussion on the remaining global supply of certain precious metals on the alternative media.  I continue to read articles that state there are only ten years worth of silver remaining.  Unfortunately, many of these figures are inaccurate.  So, I thought I would provide an update based on recent USGS – United States Geological Survey data and information.

Here is a table from the USGS Silver Commodity Mineral Survey in 2009: 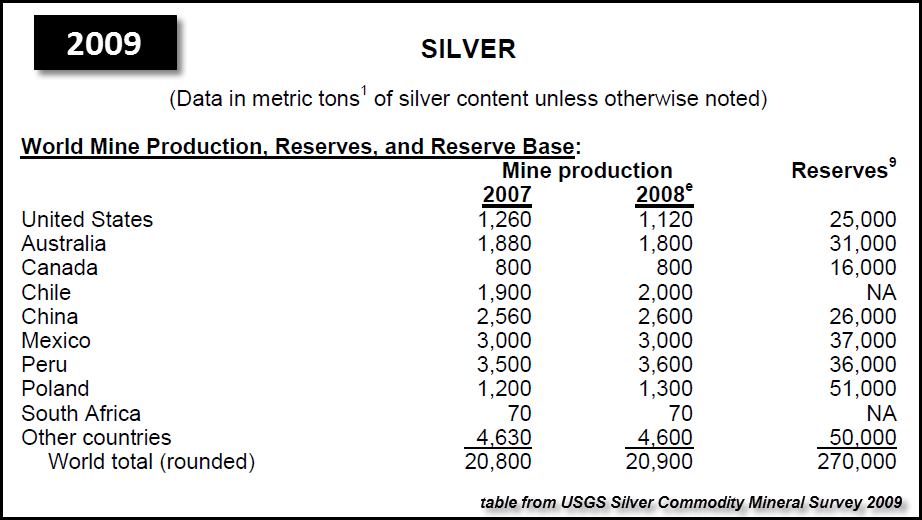 If we take the estimated silver reserves (2009) of 270,000 metric tons (mt) and divide by the annual production of 20,900 mt in 2008, that would equal 12.9 years worth of remaining reserves.  Again, this is where many in the precious metals community state that there are only ten years (close enough) worth of silver remaining.

Here is the most recent table by the USGS, of global silver reserves: 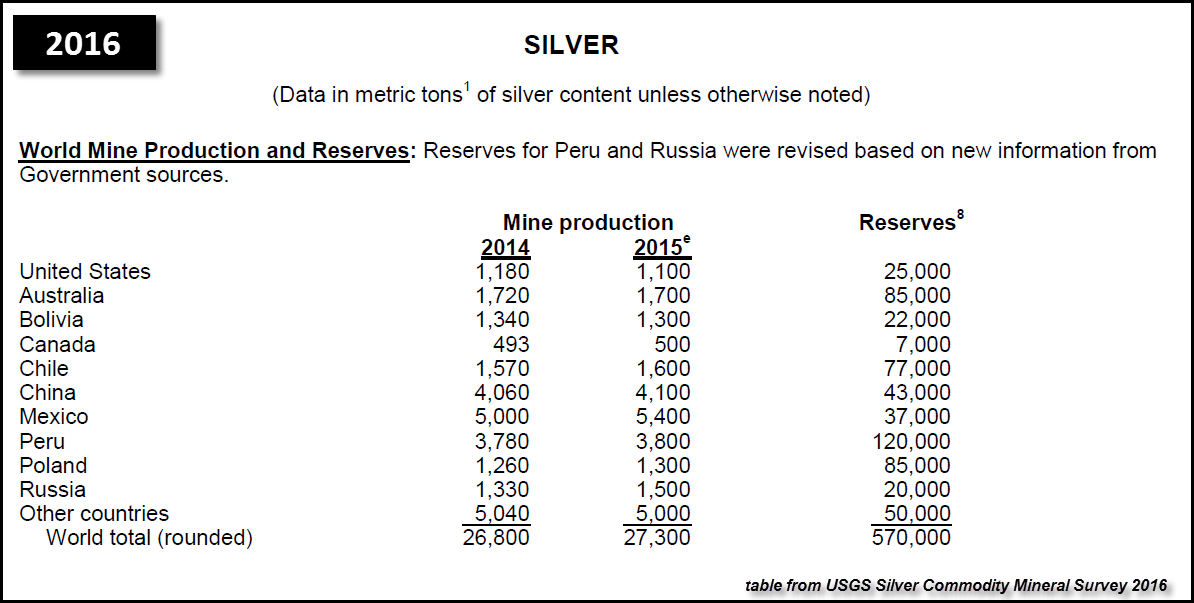 That being said, here is a chart showing the years remaining of the top global precious and base metals: 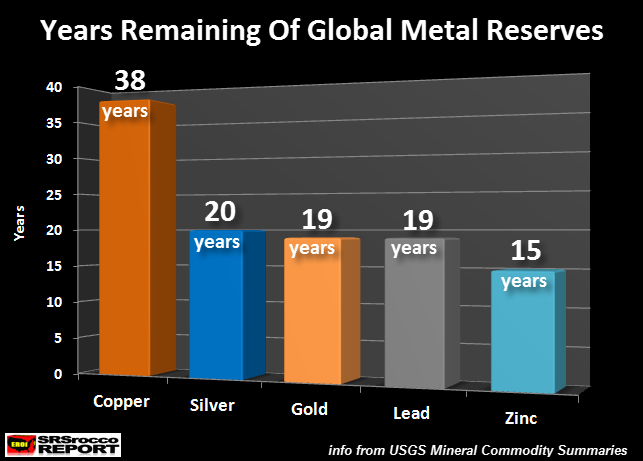 Interestingly, zinc has the least amount of metal reserves, at only 15 years of supply.  Regardless, these official estimates are based upon business as usual continuing in the global economy for the next 30-40 years.  While these reserve estimates provide an “official gauge” as to how many years worth of supply of each metal is remaining, I doubt they will last that long.

This will be due to the peak and decline of global oil production as well as the continued collapse of net energy from oil supplied to the market.  That being said, silver reserves will likely fall the most as 70% of silver production comes as a by-product of base metal and gold production.

Once the global oil industry disintegrates under the weight of falling prices as costs continue to rise, the decline of base metal and gold production will impact silver the greatest.  Not only will silver reserves plummet to a greater degree versus the other metal reserves, so will its annual production rate.

These two factors will make the future supply of silver more vulnerable than most other metals… even gold.  More on this in future articles.

IMPORTANT NOTE:  If you have not listened to my interview with Craig at TFMetals Report, please check it out here: A2A with Steve St. Angelo of SRSrocco Report

Check back for new articles and updates at the SRSrocco Report