Silver “Bullets” – Not just about Vampires and Werewolves

The idea that bullets made from silver offered an effective (sometimes only) means of dispatching evil entities from vampires to werewolves, has been around in popular mythology for quite some time.  A Brothers Grimm fairy tale called The Two Brothers, features a supposedly conventional bullet-proof witch being given an attitude adjustment via the use of silver bullets. According to Bulgarian legend, Delyo, a 17th century rebel who led forces against the Ottoman Empire, was immune to injury from either swords or guns, so his enemies cast a silver bullet in order to dispatch him from the scene.

Closer to present day, The Lone Ranger TV series, which ran from 1949 – 57, had the protagonist using silver bullets – the .45 (Long) Colt - against Wild West evil-doers.  Well before this, beginning in 1930, tales of the masked man were to become a staple of radio, eventually airing almost 3,000 episodes. An announcer began each one with:

“In the early days of the western United States, a masked man and an Indian rode the plains, searching for truth and justice. Return with us now to those thrilling days of yesteryear, when from out of the past, come the thundering hoof beats of the great horse Silver! The Lone Ranger rides again!” 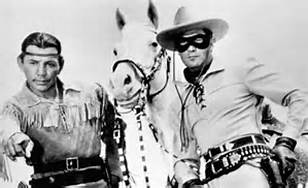 A New York writer, Fran Striker, is credited with creating The Lone Ranger character. He ascribed to his hero a strict moral code, among the elements as listed in Wikipedia, the following: 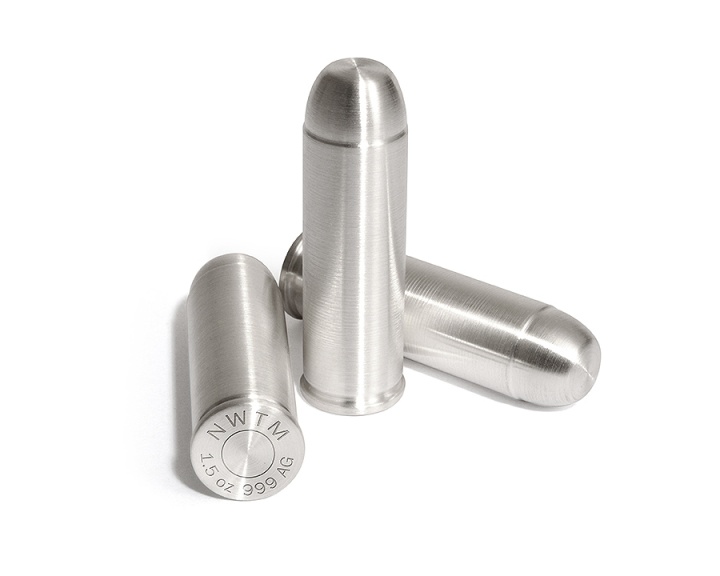 In an interesting twist of terminology serendipity, The Lone Ranger’s sidekick, Tonto, was played by Jay Silverheels, the son of a Canadian Mohawk tribal chief (First Nations) and military officer. Jay’s father was the most decorated Native Canadian soldier in WW I. Silverheels - Harry Smith - adopted this screen name from the nickname he had received for his running prowess as a lacrosse player. In 1997, Silverheels was inducted into the Canadian Lacrosse Hall of Fame, under the name Harry “Tonto” Smith.

A few years ago, Michael Krieger, a former macro analyst, who now runs his own investment fund, brought our silver bullet versus the vampires’ analogy fully up to date. In a post on Zerohedge, he stated,

“…vampires are able to come back from the dead and once they have done so they drain the life out of the living while they sleep. Need I say more? The big banks and the Federal Reserve are modern day vampires and they are feeding off what remains of the living (productive) parts of the economy while the majority of Americans are stuck in a reality TV, Prozac induced coma of endless propaganda and brainwashing. Indeed the vampires are feeding off of an American public that still by and large remains ‘asleep.’ These are ideal hunting grounds for vampires.”

Referring to the too-big-to-fail banks and trading houses building mountains of paper silver derivatives, alongside central banks printing virtually unlimited amounts of fiat paper “money”, Krieger comments: “Until these entities are put out of their misery, restructured and key executives now and from the crisis are prosecuted there will be no sustainable recovery other than repeated phony boosts in aggregate demand created by printing money. More worryingly, the social fabric of the country will continue to deteriorate.”

Silver – an agent of truth and social justice

What to make of all this?  Silver – both as metaphor and in its physical form - can be seen not only as an agent of truth and social justice via establishing individual self-sufficiency, but also as setting a standard for purity, equality, clarity, right-behavior, and ultimately the triumph of good over evil.

Think about the travails the citizens of so many nations face today due to government mismanagement, the distortions in the marketplace caused by “crony capitalism”, the two-way flow of business positions between the regulators and the regulated, and, arguably, the current establishment of a ruling, rather than a governing class. There seems to be a singular lack of leadership in the mold of even one of history’s greats – be it a Roman Cincinnatus, George Washington, Andrew Jackson, Sun Yat-sen, Mahatma Gandhi, Nelson Mandela, Martin Luther King, Dwight David Eisenhower – or even (on his better days) a Lycurgus of Sparta.

One can only hope that the day arrives when enlightened leadership places us on a more sustainable path of both individual and collective growth. Until that time, one would be well-advised to consider the basic tenets embodied in the Lone Ranger’s creed.

In a recent video interview, available at http://www.youtube.com/user/silverguru  along with many others I have done, I stated the following:

“We’re going to see more and more people wake up to the reality, that regardless of what the spin-doctors in the mainstream financial press say, things are not really better – there really isn’t a recovery going on – so what’s the solution?

“The solution starts with a change that you can make on a personal basis. For most people, this means acquiring hard assets that are totally outside the banking system.”

Krieger concludes with a message aligning almost perfectly with my own, writing,

“The people do not want things to stay the way they are and in fact the means of ending it are very simple. Much more simple than voting at the polls for politicians that know nothing and can be bought off within a week. Vote with your money. Buy silver.”

David Morgan (Silver-Investor.com) is a widely recognized analyst in the precious metals industry; he consults for hedge funds, high net-worth investors, mining companies, depositories and bullion dealers. He is the publisher of The Morgan Report on precious metals, the author of Get the Skinny on Silver Investing, and a featured speaker at investment conferences in North America, Europe and Asia. You can receive a free 30 day trial subscription here http://www.silver-investor.com/joinfreelist.html

David Morgan a big-picture thinker, his main focus is—educating people about honest money and the benefits of a sound financial system. His ideas can be seen in the movie Four Horsemen.

As publisher of The Morgan Report, he has appeared on CNBC, Fox Business, and BNN. He has been interviewed by The Wall Street Journal, Futures Magazine, The Gold Report and numerous other publications.