Silver had actually broken down from its uptrend at the time of last update, and well before the US election, but it was thought to look positive going into the election, because it was ascending off an important support level and from a rising 200-day moving average, and the outcome may have been positive had Trump lost as expected, but he won, which triggered a sharp rally in the dollar and an about face and plunge in both gold and silver.

On silver’s 1-year chart we can see how silver was on the point of battling its way back into its failed uptrend at the time of the election, but Trump won and it caved in, breaking below an important support level and well below its rising 200-day moving average that had earlier supported the price and set off a doomed rally. Now silver has arrived at the lower boundary of a newly delineated downtrend and is closing on the next important support level at a time when the dollar has arrived at an upside target (see companion Gold Market update). All this plus the fact that the price is now below a rising 200-day moving average suggests a high probability that it will turn up soon, made even more likely by extremely low sentiment readings towards mining stocks, with the Gold Miners Bullish Percent Index (shown in the companion Gold Market update) at a very low 7%, which is way below where it was before the big sector rally started back last January. 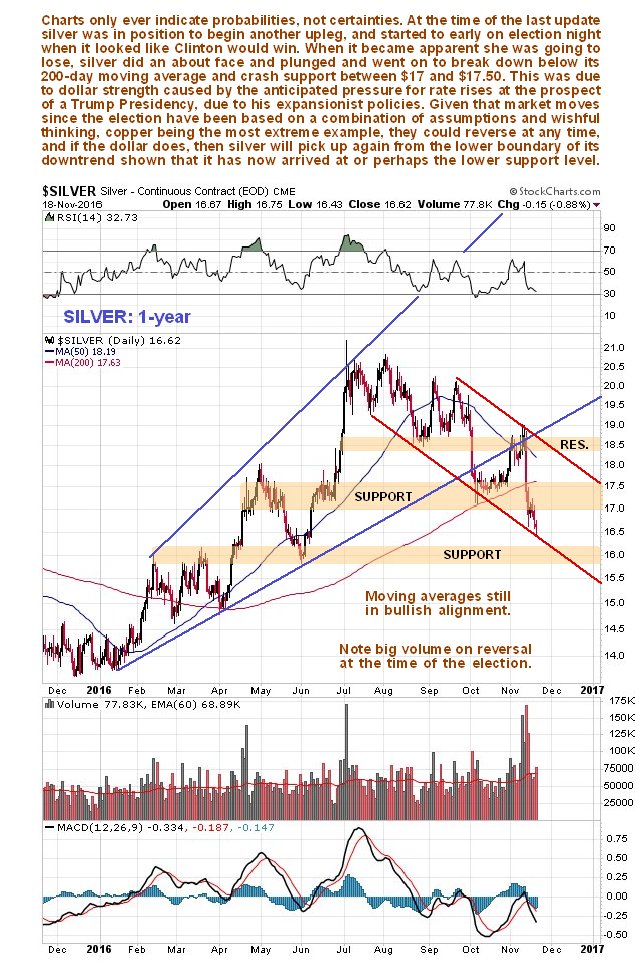 The advance by silver during the 1st half of the year is regarded as an impulse wave, or a move in the direction of the primary trend, because it broke the price clear out of a downtrend that had been in force from May 2011, as we can see on the 7-year chart below, in the process swinging the direction of the long-term 200-day moving average from down to up, the classic significator of a change in the direction of the major trend, although this does not always work – it turned up in October of 2012 at the time of a bull trap, but in this instance we have a clear breakout from a long-term downtrend. Thus, the deep reaction of the past several months back to an important support level is viewed as throwing up a major sector buying opportunity. 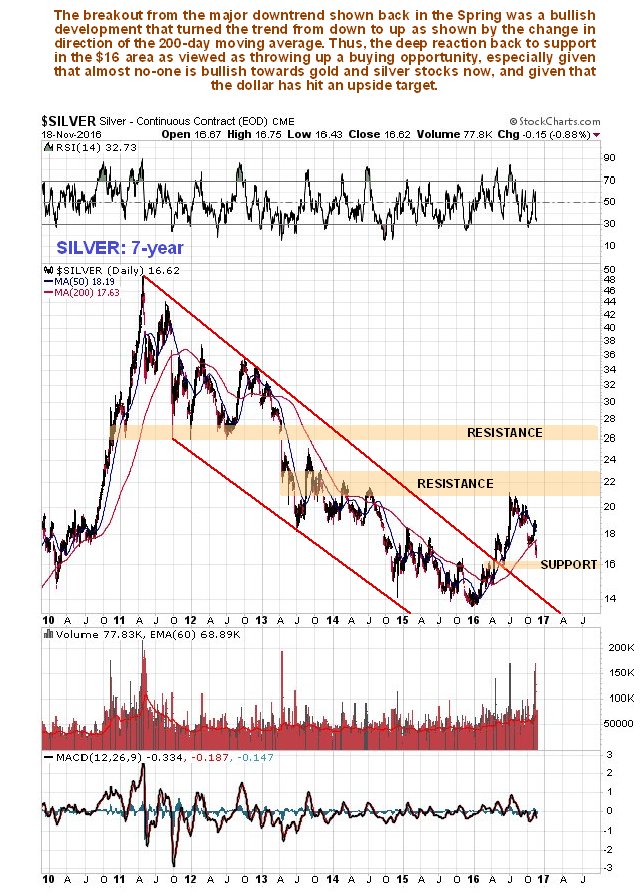