The long base pattern in silver continues with positive price / volume action of recent weeks suggesting that it is approaching completion. On its 10-year chart we can see the giant Head-and-Shoulders bottom pattern that has formed in silver, which parallels the one in gold, but is downsloping because silver tends to underperform gold at the end of bearmarkets and early in bullmarkets. The volume buildup of recent months is bullish, especially as it has driven volume indicators sharply higher, with the On-balance Volume line having rather incredibly made new highs this year, which is viewed as a very bullish omen. 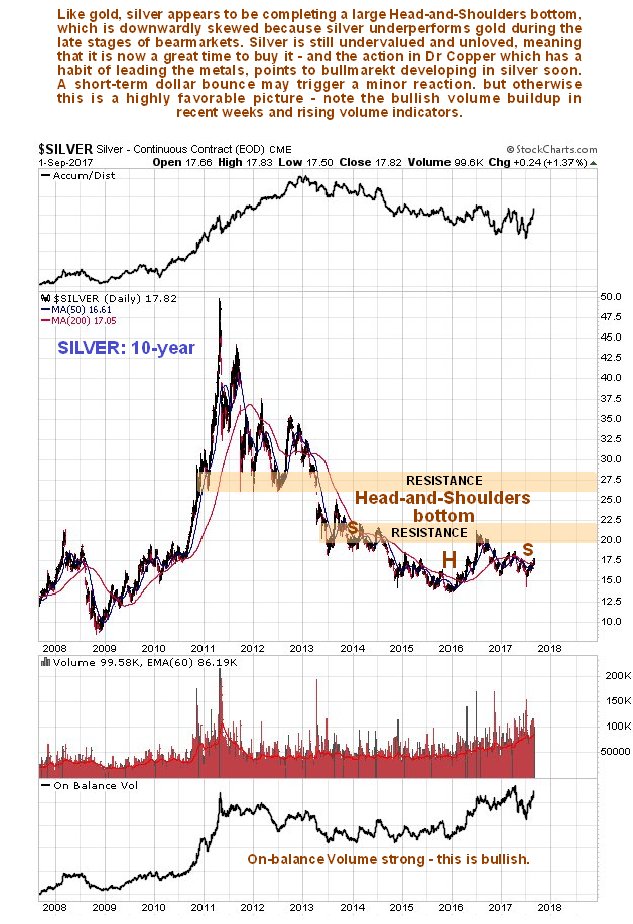 On its year-to-date chart we can see that silver has certainly taken a turn for the better in recent weeks, having first broken out of the intermediate downtrend shown, and then, having consolidated the breakout for a couple of weeks, forged ahead over the past week, all on strong upside volume. If silver can advance further or at least hold in this area for a couple of weeks, we will soon see a bullish cross of the moving averages. 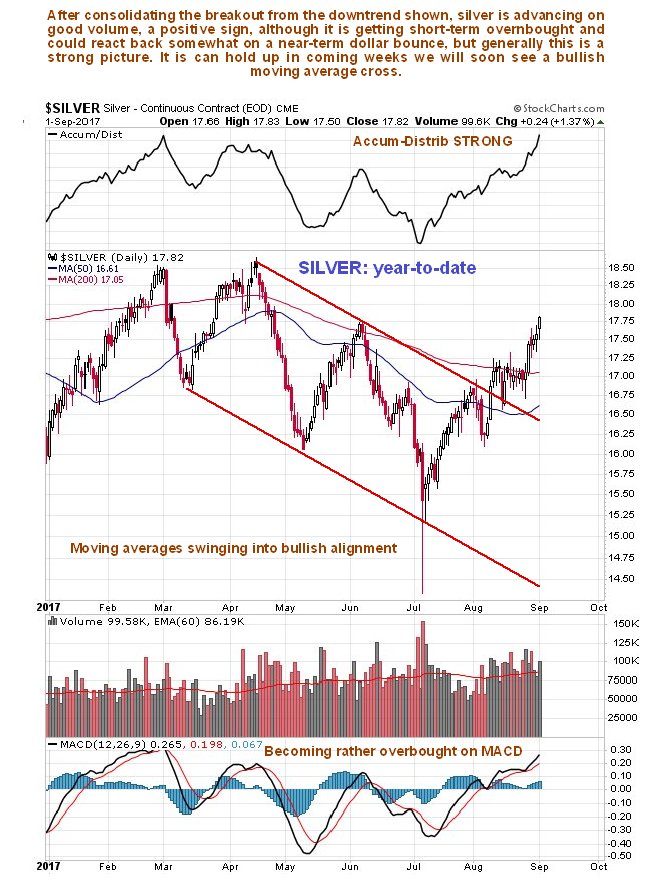 The one “fly in the ointment” is the dollar, which, as described in the parallel Gold Market update, is oversold and at support, with the Commercials having closed out their shorts, and is therefore set up to bounce, although any such bounce is thought unlikely to get very far, especially given the increasingly bullish look of the gold and silver charts. On such a dollar bounce silver is not expected to drop back very far, and any such near-term weakness will be viewed as presenting further opportunities to build long positions across the sector, which may be the last chance before the sector breaks out upside. A source of good cheer for silverbugs is the copper chart. Copper tends to lead the metals and its recent breakout from a Head-and-Shoulders bottom on strong volume certainly augurs well for gold and especially silver, which is also an industrial metal. We can see the base pattern and breakout on its 10-year chart. Of particular note is the high volume on the advance from the lows, which has driven volume indicators strongly higher so that they are already at new highs. This is very bullish and some of copper’s good fortune can be expected to rub off on gold and especially silver. Apparently copper’s strong rise is due in large part to Chinese stockpiling, and given that China has already been stockpiling gold for years – physical, not paper rubbish like Comex contracts and ETFs, they may very well decide to do likewise with silver, which has the dual virtue and being both a Precious Metal and a vital industrial metal. Just watch what happens to the silver price if they do. 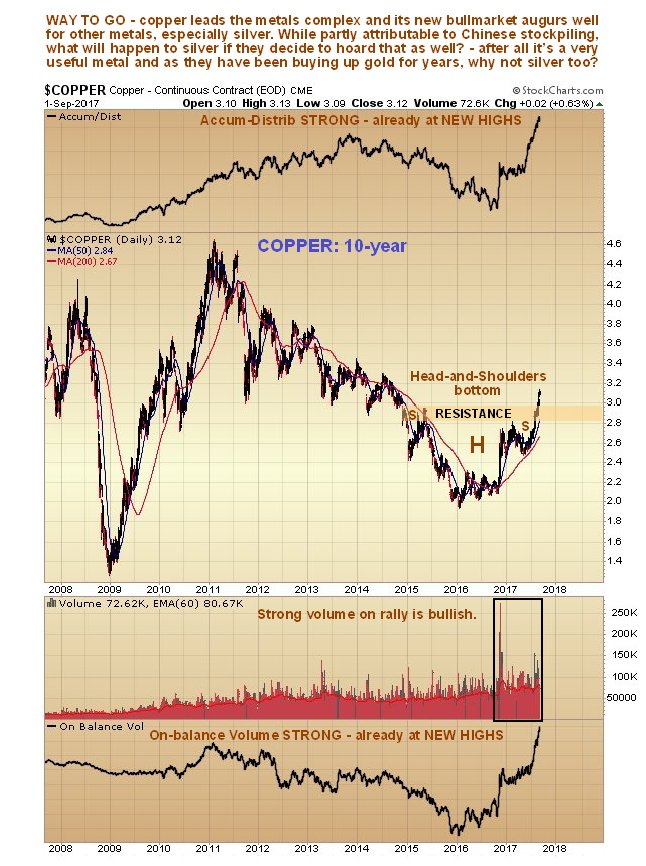