Whichever way you cut it, silver’s chart looks bearish for the short to medium-term, but against this we must set its rapidly improving COT structure and the mega-bullish silver to gold ratio (by all past standards).

Silver’s 7-month chart is a rather grim picture. On it we see that key support failed this month, leading to a dramatic plunge to new lows, and this support has now become resistance. In addition we see that moving averages have swung into bearish alignment, with a bearish “death cross” having occurred about a week ago. The relief rally of the past week or so in sympathy with the relief rally in the broad stockmarket fuelled by Fed intervention, that we predicted and played via leveraged silver ETFs and Calls, is therefore thought to be petering out and set to be followed by another probably steep selloff, congruent with another decline in the broad stockmarket, and a potentially heavy decline in the Precious Metals sector. 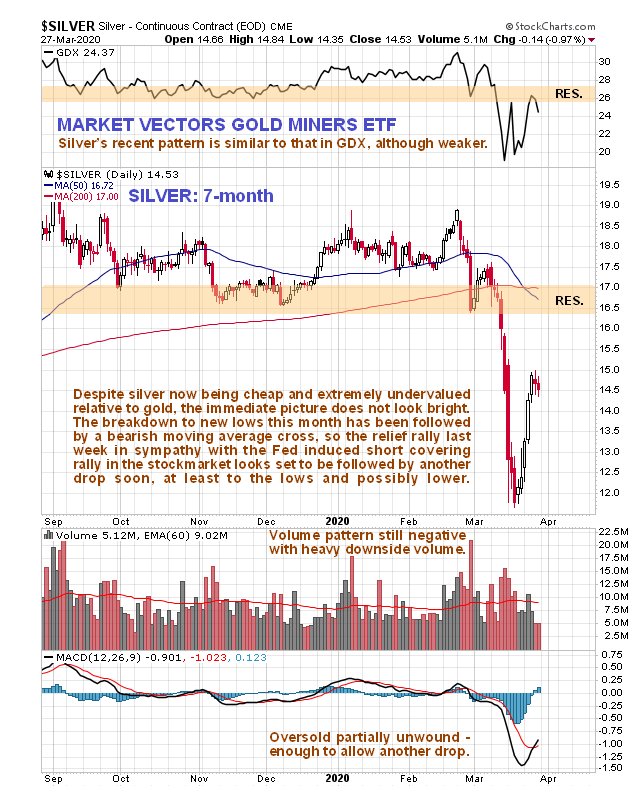 This month’s dramatic failure of key support at the lows was a hammer blow to investors in the sector and it’s easy to see why on the latest 11-year chart for silver. This support failure crashed multi-year lows dating back to early 2016, and aborted the potential giant Double Bottom pattern – it is precisely the sort of development that would lead silver bugs to give up in disgust and disgorge their holdings in despair to Smart Money waiting patiently to scoop them up at rock bottom prices. 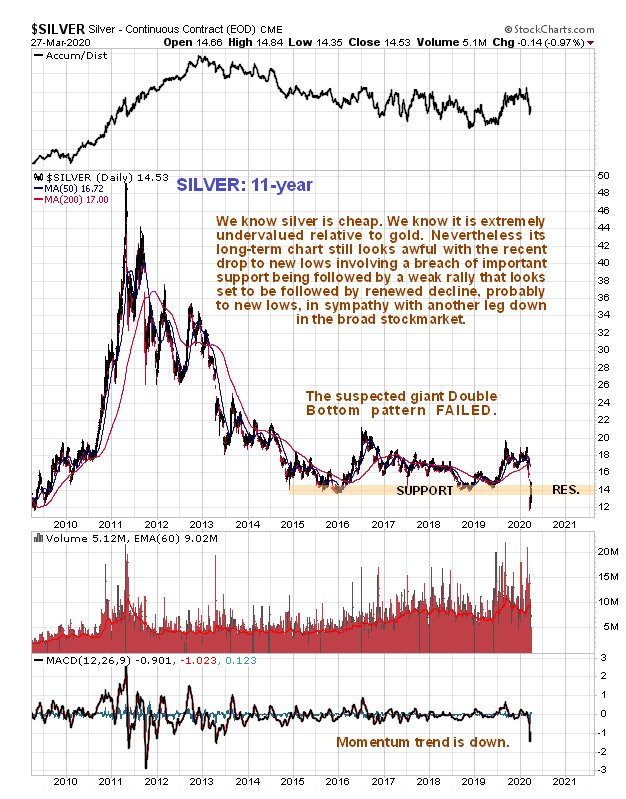 For as we can see on the latest silver COT chart, the faithful are giving up in droves and heading for the hills – with the Large Specs’ holdings ebbing away steadily. With the shorter-term charts for silver pointing to further losses dead ahead, we can expect to see considerable further improvement in this COT structure which will finally set the stage for the expected humongous silver bullmarket. 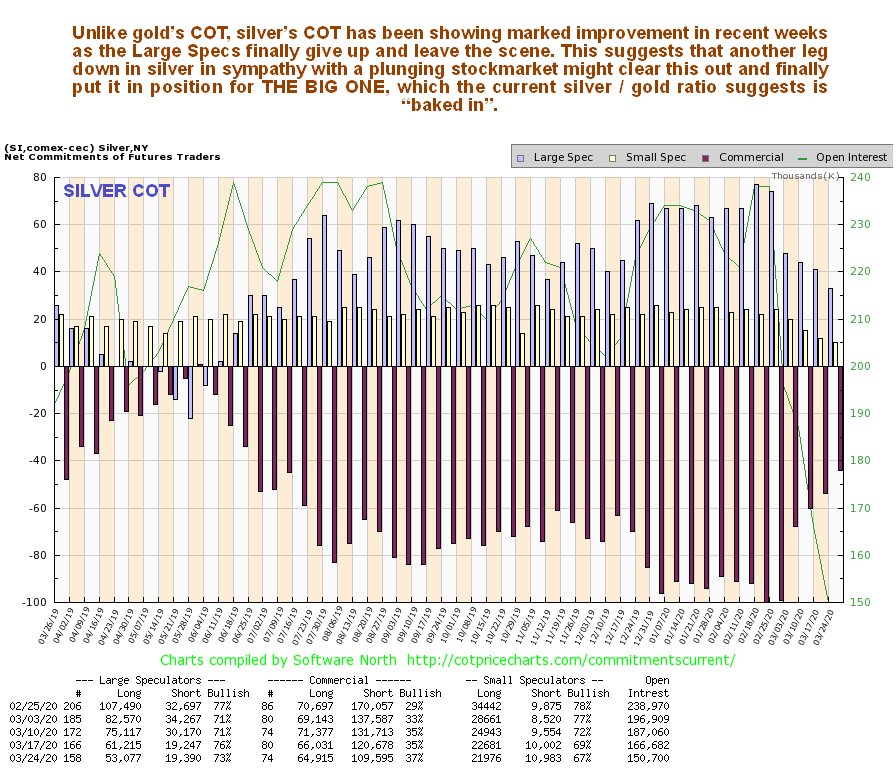 Why humongous? – here’s why: the silver to gold ratio has dropped to a record low by a wide margin this month, and is way below lows that in the past have been the precursor to major sector bullmarkets. This is why, after the stockmarket crash phase is done, and maybe even a little before, silver is expected to reverse to the upside in a spectacular manner and take off like a rocket, and there is a precedent for this behavior, for this is what happened near to the bottom of the 2008 market crash. The difference this time is that the situation is much more extreme and the upside potential much greater than it was back then. So we will be keeping a very close eye on silver going forward. 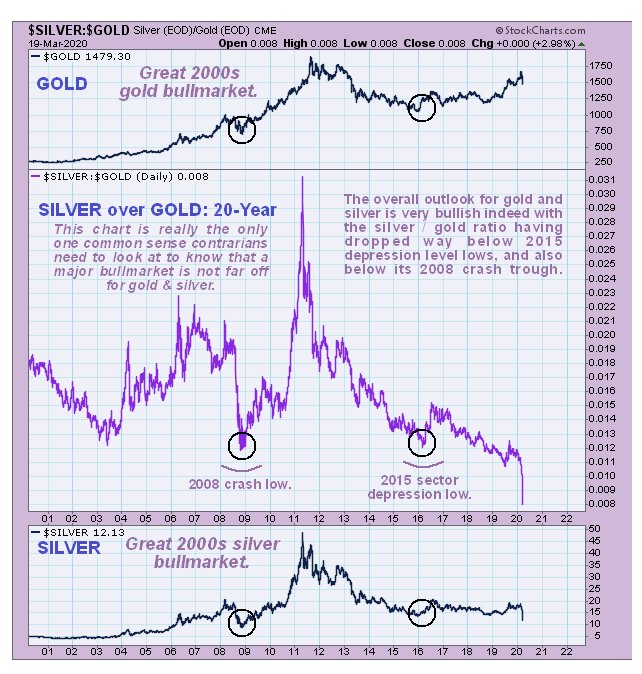 The conclusion is that silver looks set to drop hard over a short to medium-term time horizon with the broad stockmarket but in the larger scheme of things it is setting up for a massive and probably spectacular bullmarket that is likely to commence with a screaming rally when the time is right that will probably blow straight through the failed support, now resistance, shown on our 7-month chart . This should not come as a surprise when you consider what is set to be done – and is already being done - to fiat currencies going forward.