Silver has found its way overnight onto the front pages of major mainstream media outlets -- covering the #silversqueeze / silver short squeeze frenzy which has taken over reddit, twitter, facebook and other social media platforms:

Craig Hemke, precious metals analyst and editor/founder of the TF Metals Report, said “after Gamestop there began to be discussions – what are other stocks with a massive short position that they could move to next?”

Hemke said the silver mining sector in US and Canada had been a victim of predatory short selling but that “for this silver squeeze to be effective it’s going to take a lot of patience as the pricing system is entrenched and has been entrenched for 40 years.” 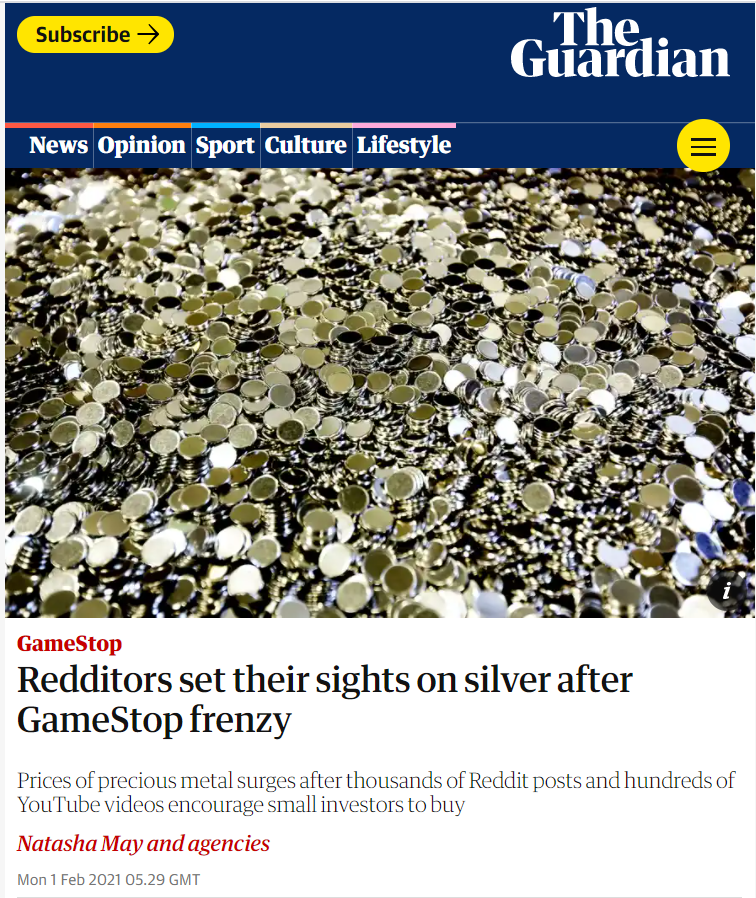 Like the buying stampede in GameStop Corp. and other small-cap stocks that has captivated the financial world in recent weeks, silver’s advance can be traced to Reddit’s WallStreetBets forum. One post last week declared the metal “THE BIGGEST SHORT IN THE WORLD” and encouraged traders to pile into the iShares trust as a way to stick it to big banks.

Yet silver differs in important ways from stocks like GameStop. For one, the scope for a short squeeze in silver is far less obvious: money managers have had a net-long position on the metal since mid-2019, futures and options data from the Commodity Futures Trading Commission show. 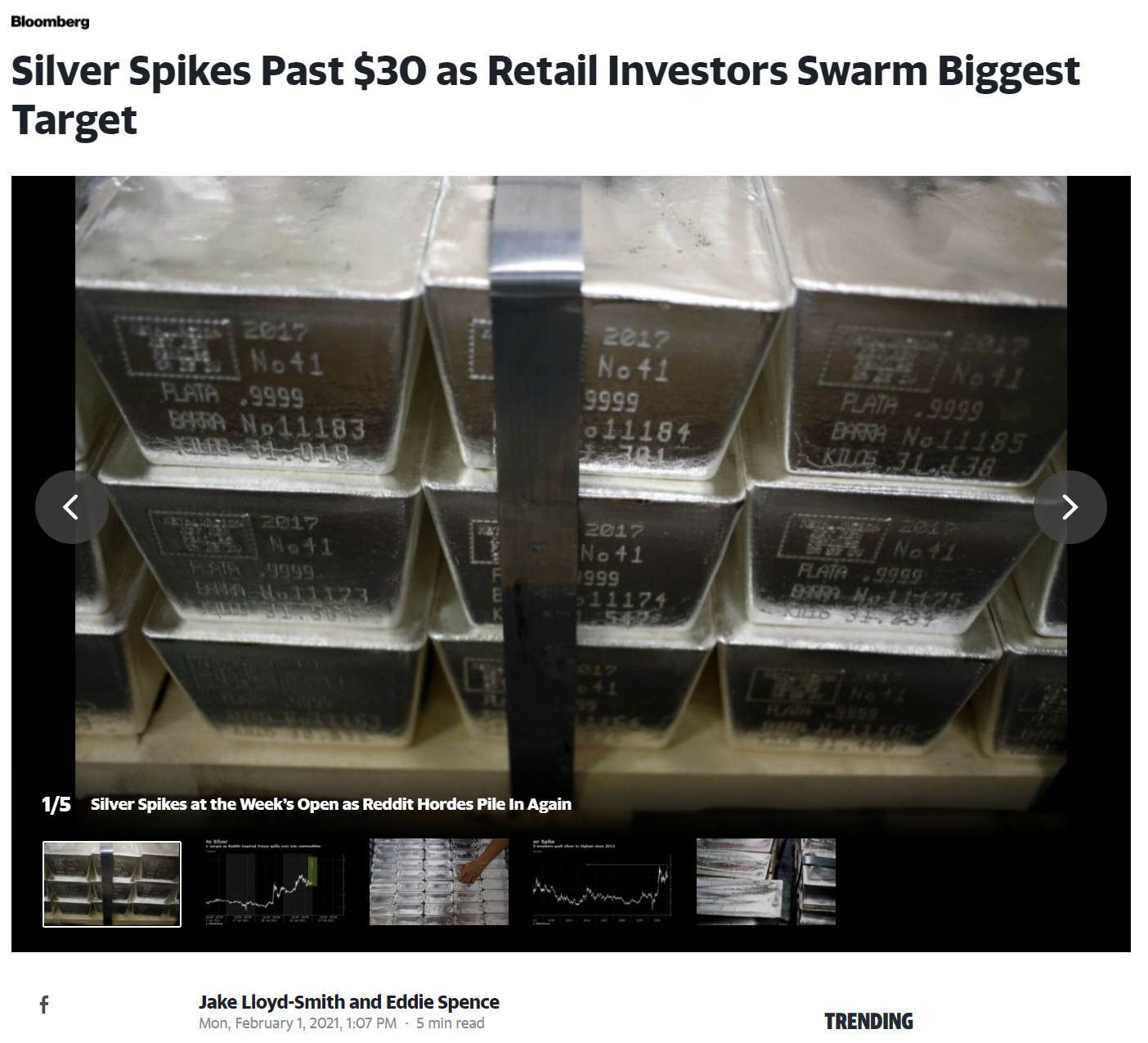 Since 2003, SilverSeek.com has served millions of readers with the latest silver news and information. SilverSeek.com continues to lead and connect the silver investor community with up-to-date information on the silver markets providing visitors with live silver prices, covering and analyzing the silver mining and exploration companies, discussing silver as money and related topics.

What the Fed DOESN’T Want You to Know About Inflation