So, in another a few weeks, the world as it pertains to this contagion will look a lot worse than it does today.  I’d imagine the Dow Jones Index will likely shed another 5-8,000+ points during this period. Also, the global supply chain disruptions will kick into high gear as month-long lockdowns in various countries finally impact manufacturers and retailers across the world.

Although, I have been a bit busy on Twitter recently.  You can follow my TWEETS and REPLIES on Twitter here: SRSRocco Report Twitter Feed.  When I posted this Tweet on March 15th, the price of oil was $31.  I stated that the price would likely fall to $29 the next day… and it did. The relevant sentence in the tweet below is… WE DON’T COME BACK FROM THIS ONE.

Today, in early Asian trading, the oil price is trading in the $27 range.  If $31 oil was destroying Shale Oil Companies left and right, $27 is undoubtedly wreaking havoc inside and out.  Unfortunately, the worst is still yet to come.  I now believe we could see oil reach the low $10s.  And, to make matters even worse, the wholesale gasoline price is currently trading at 72 cents a gallon… LOL.  If you add state and federal taxes, along with a bit of profit by the gas station, the price at the pump would be approximately $1.40-$1.50 a gallon.  It will likely take a few weeks for the lower price to finally make it to the pump.

Investors are buying record amounts of physical silver for very different reasons.  If you are a “Seasoned” precious metals investor, you may be adding more silver to your holdings because common sense says it’s a good idea.  On the other hand, new investors to the precious metals are likely buying due to Fear and Panic. Many of these investors have thought about buying gold and silver for years, and now that the market is disintegrating right before our eyes… they have finally decided to PULL THE TRIGGER. 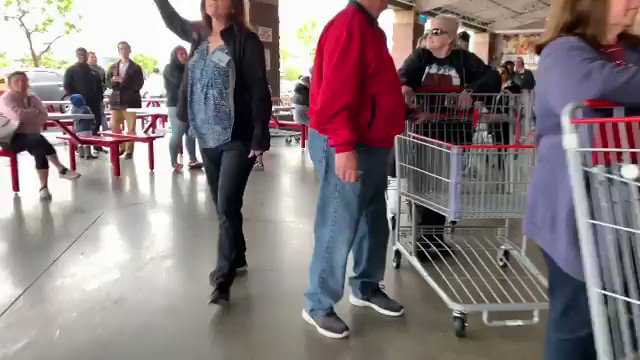 120 people are talking about this

I see this happening with physical gold and silver buying in the next few weeks-months. As the situation continues to collapse in the Financial and Economic markets, more Americans are going to get PRECIOUS METALS RELIGION.  Regrettably, for the new investors, supply will get even tighter as prices rise.

I have heard from precious metals dealers that the past two days have been the busiest in 30-40 years.  The result has pushed U.S. Mint Silver Eagle Sales to a new monthly high not seen in years, excluding sales for January (typically higher each year due to restocking of the latest issue).  According to the U.S. Mint’s recent update today, sales of Silver Eagles as of March 17th reached 3,112,500:

In the past week, the U.S. Mint sold another 792,500 Silver Eagles. What’s interesting is that several precious metals dealers stated that the U.S. Mint had suspended sales last week.  Well, it looks like they continued to sell more these past few days.  It will be interesting to see if the U.S. Mint can ramp up production to 4-5 million a month as they were doing back in 2015-2016.  But what happens if there are more lockdowns?  There are a lot of unknowns moving forward.

So, here’s what’s really fascinating about the retail SILVER BULLION MARKET. The Buy-Sell spread on Silver Eagles in four various large online dealers averages about $9.00 a coin!!!  This means, if you want to sell your Silver Eagles to one of these Dealers, you are going to get $9 less than what they are selling them currently.

The BUY price is shown in the SILVER COINS, while the RED COINS displays the SELL price.  So, if you wanted to purchase a Silver Eagle from this first dealer in the chart, you would pay $22.98.  But, if you wanted to sell, they would buy it from you for $8.85 less at $14.13.  The last dealer with the $19.70 price (*) did not have any in stock and likely didn’t update its prices to the $22-$23 range.  These prices are based on buying the largest number of Silver Eagles. If you wanted to only buy 1-19 Silver Eagles from the first dealer in the chart, you would pay $24.88

So, here’s the important question?  While the paper silver price is low, why haven’t precious metals dealers raised their SELL TO price to get more inventory??  Good question. Why on earth would anyone sell their Silver Eagles for $14 when the dealers are selling at $23?? However, we can’t blame the dealers because they get their bullion and price quotes based on the few large wholesalers-suppliers.

Crazy, isn’t it??  The market is totally distorted. Also, you also can’t blame the wholesalers for this huge BUY-SELL spread because their silver bullion stock was built upon prices of silver in the $17-$18 range.  Why would they sell Silver Eagles at $14??

As I stated at the beginning of the article, I will be doing more extensive VIDEO UPDATES on the Precious metals and the global contagion. For example, if the oil price has fallen 50% in just the past month, then the COST OF PRODUCTION for the primary silver miners has also dropped considerably.  According to my analysis, the primary silver miners’ average cost of production was about $14.50-$15 in Q4 2019.  Thus, if we are basing silver as a “Commodity” ONLY, then it isn’t surprising that the price fell lower due to the decline in Industrial demand and energy prices.

Even though copper is down 19%, I see it dropping like a rock to $$1.50 or lower.  Currently, copper is trading at $2.33 a pound.  Why isn’t copper lower…LOL??  Gosh, with the world shutting down its global engine, who the hell needs much copper?? Moreover, with many dealers selling Copper Rounds at 99 cents and higher, FOR a 1 OUNCE COIN, who in their right mind would purchase them when you can buy a pound of copper for $2.50???

WE WILL NOT COME BACK FROM THIS ONE.  Rather, we will enter into a new world that will be very chaotic and tumultuous. While the precious metals won’t solve all our problems, at least they will protect wealth during this time when many financial assets get wiped out.