When the dollar broke down over a week ago silver joined gold in breaking higher as we can see on its 4-month chart below, and now we are seeing a normal post breakout reaction as the dollar rallies somewhat to relieve the extremely condition that resulted from its steep lunge. Once the dollar’s relief rally is done silver should resume the upward path. 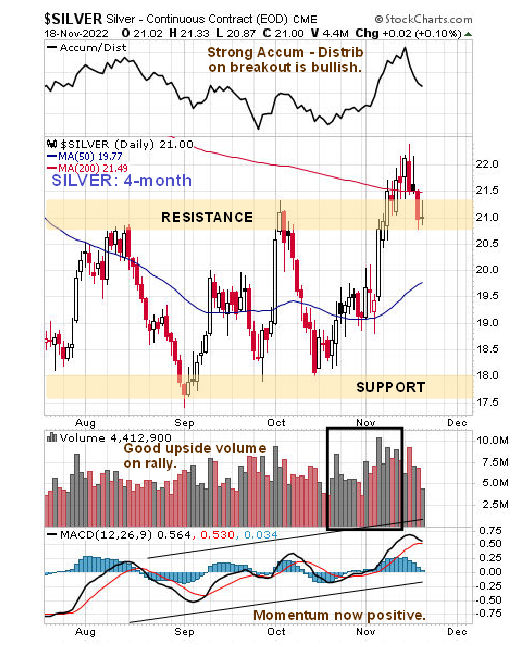 On the 1-year chart we can see that silver has started to emerge from a base that has formed from July that is probably best categorized as a Triple Bottom, although it is a hybrid pattern. How it copes with the considerable resistance in this zone and its still rather unfavorably aligned moving averages depends to a large extent on how the dollar performs going forward and the course of interest rates – both are believed to have reversed to the downside so the outlook for silver is favorable. 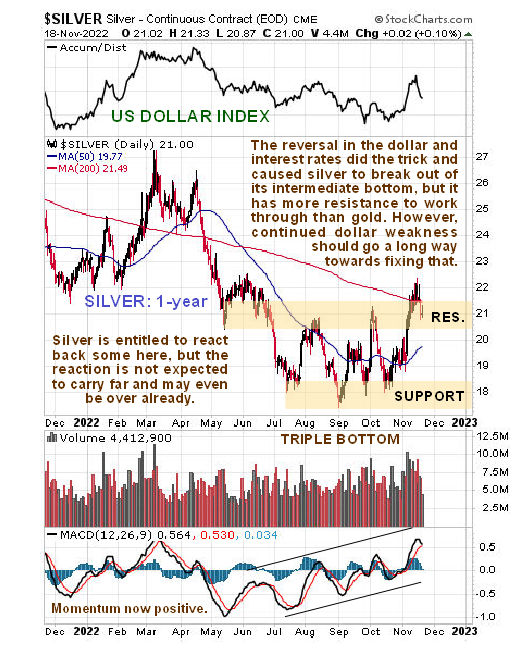 On the 5-year chart we can see that silver has essentially been “in the doldrums” since its mid-2020 spike and it is the more robust rise in the dollar and interest rates this year that eventually led to the support at the $22 level failing. 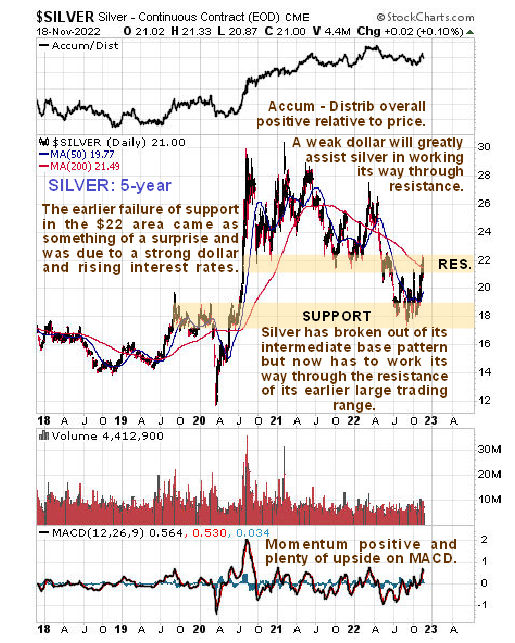 Silver has been underperforming gold since early 2021 which is normal when speculative interest in the sector wanes and in the early stages of a new bull market which is where we are believed to be now, gold tends to outperform silver because it takes high and rising prices to attract broader investor interest and the arrival of speculators and we are still a long way from that. So in the early stages of a new sector bullmarket gold and gold stocks are generally the best place to be.

Much of what is written in the parallel Gold Market update, especially about the dollar, applies equally to silver, and does not need to be repeated here, which is why the Silver Market update is shorter.