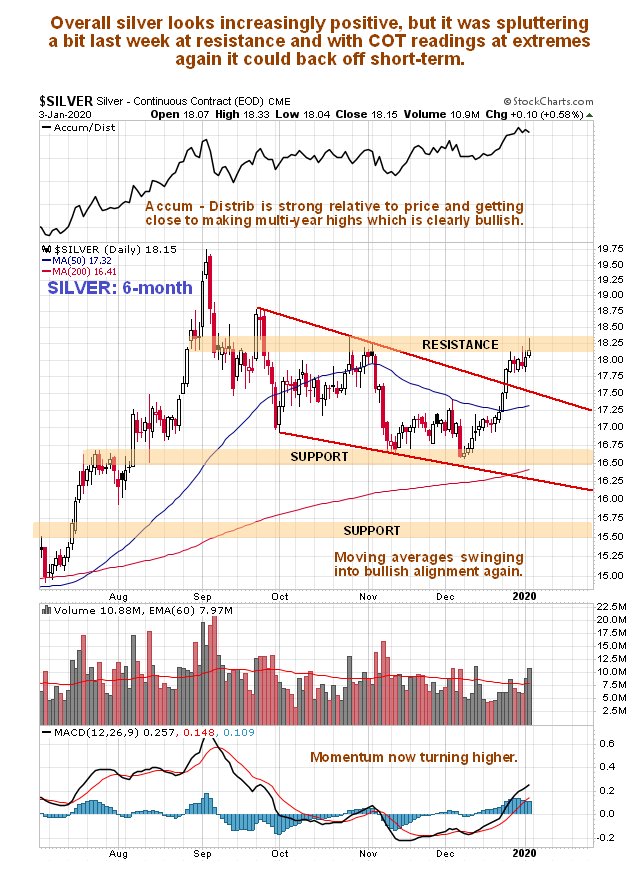 And given that the latest COT shows positions rising to extremes again by early last week, it seems likely that silver will back off some short-term, which would be logical if the tension associated with the killing of the Iranian General eases somewhat. If it does it can of course be expected to coincide with gold dropping back from its key resistance level temporarily. 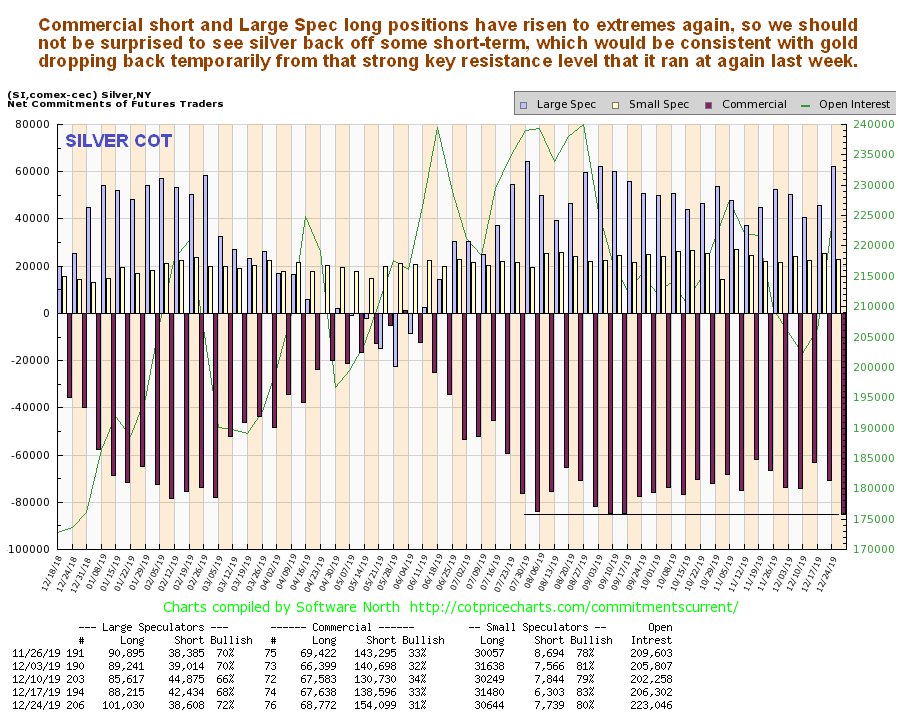 Overall though, silver’s charts continue to look positive, with the 10-year showing it starting to climb away from the 2nd low of a giant Double Bottom, and this is especially the case because gold has already made a clear breakout from its giant multi-year base pattern. Thus, any near-term dip will be viewed as an opportunity to build positions across the sector further. Don’t forget the extraordinarily bullish long-term HUI index over gold and silver over gold charts that were included in the last update. 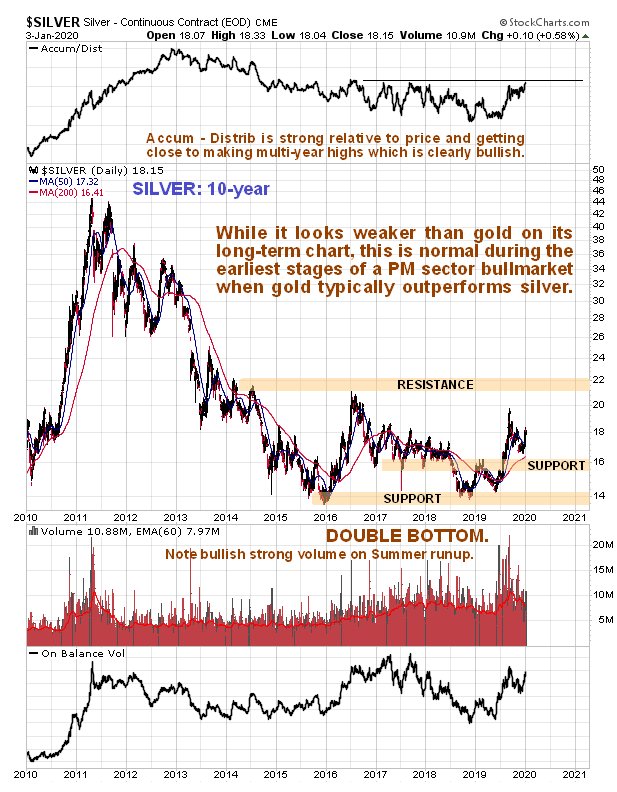